Latina Lista: News from the Latinx perspective > Palabra Final > Politics > Webinar series strives to show Latinas how to “step into their political power” 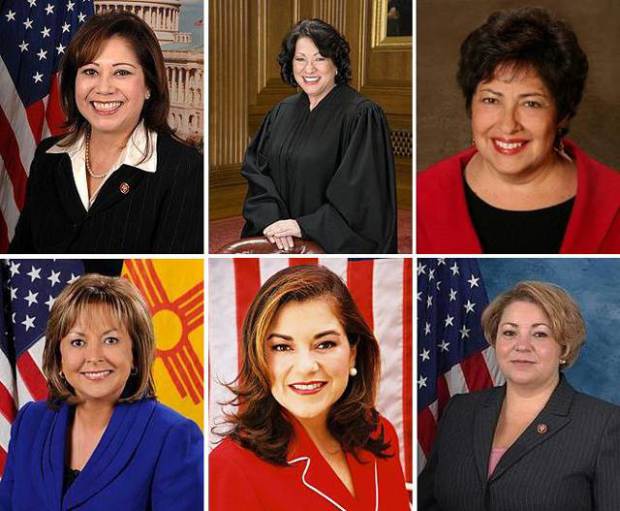 Drilling the numbers down to find Latina representation reveals a dismal reality: 9 Latinas in Congress; 4 Latinas in statewide elective executive offices and 87 Latinas serving in state legislatures. Not to mention, only two of the largest cities in the nation have Latina mayors.

Before anyone thinks this scant representation is something to celebrate, Latinas Represent puts it in even clearer focus:

From leading voting drives to running for the local school board, civic participation has been a natural activity for women who wanted to see improvements in their communities, schools and cities. Yet, when it comes to running for public office, inside and outside the comfort zone of “local politics,” many women are intimidated or discouraged, all too often by members of the same party they strive to be a part of.

An online series wants to change that.

Latinas in Leadership is a series of online webinars, created by VoteRunLead and LatinasRepresent, showing Latinas how “to step into their political power.” The five-part series gives aspiring politicians the tools needed to take that political plunge and achieve success in running for public office.

Free and open to anyone, the webinars are held on Thursdays at 2 p.m. EST. Registration is required at VoteRunLead.

The series features the following:

Thursday, March 26th
Vocalizing Your Ambition
The first step in stepping up is speaking out. Telling your friends and family about your ambitions or sharing your goals with peer and colleagues is a powerful tool to help you achieve your leadership potential. Hear from Colorado State Representative and Majority Leader Crisanta Duran, and find out how she realized her dream, became a powerful elected official and national role model.

Thursday, April 9th
Mentoring and the Power of Your Network
The power of our networks make running for office more doable. You don’t have to figure out the rules or navigate the politics all on your own. This session will help you identify key players in the community, make the most of mentoring relationship and tap the right people in your networks (or grow them) to pursue your ambitions.

Thursday, April 16th
Power in Numbers: Create the Support System You Need to Run and Win
Support is all around you. Let’s find it. This session will help you turn your social and professional networks into the support team you need as you run for office  whether it’s a friend to babysit and colleague to help with the budget or your family as key volunteers. You will be surprised by the support and talent already available to you in your networks.

Thursday, April 23rd
Keepin’ it Real: Difficult Conversations & Smashing Stereotypes
Sometimes you just have to tell it like it is. Hear from elected officials and women who’ve done it about how they tackled tough conversations with colleagues, created trust with new donors, or called out racism and sexism as they climbed the leadership ladder.

May 8th & 9th
National Go Lead
National Go Lead will focus on the full range of civic leadership opportunities from voting rights and reforms to women’s leadership in civic life. Get inspired to ramp up your leadership and walk away with new skills and networks to help you get where you are going! Latina leaders are encouraged to attend this in-person training in St. Louis, MO for a special Latinas in Leadership live session. Register today at https://voterunlead.org/national-go-lead/.

Thursday, May 14th
Mighty Mujeres: Latinas Governing and Running for Higher Office
The small number of Latinas has not stopped a powerful group from having a big impact on their communities, Congress and constituents. Aimed at current elected officials or community leaders who are ready for more, this session will walk you through the difference between campaigning and governing and how to serve one position well, while you seek another.