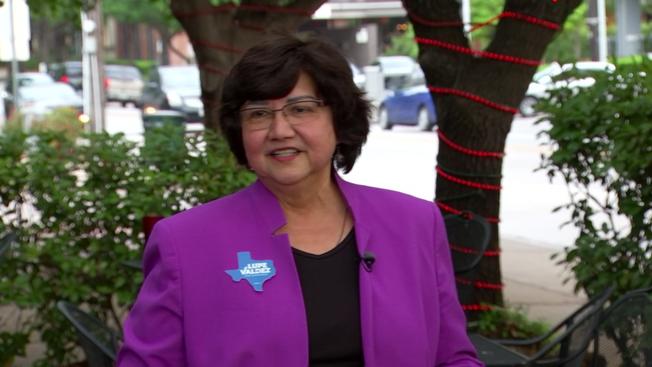 The odds of Lupe Valdez becoming the first Latina governor of Texas were always considered a long-shot but did a new lawsuit just tip the balance in her favor?

Former Dallas County Sheriff Lupe Valdez made history 14 years ago when she beat the odds and was elected the nation’s first openly gay, Latina law enforcement officer in the nation. When she announced just a few short months ago that she was ready to make history again as Texas’ first Latina lesbian governor, people either snickered or doubted she would get very far.

For starters, she’s not very eloquent in getting her message across on the issues and being an officer of the law has put her in the crosshairs of many DACA and immigrant advocates. To top it off, she ran against Texas Democrat establishment — the son of a former Texas governor.

But this daughter of migrant farmworkers rose above all these challenges to her candidacy. Not only did she eek out a victory over her rival, by 26,200 votes, but she outraised him too, though not by much.

After admitting to an administrative error that inflated her fundraising earnings, Valdez had $208,000 in her campaign war chest vs. her opponent’s $179,000. She now finds herself facing Texas’ current Governor Greg Abbott.

But even before Valdez took the stage to accept her history-breaking moment as the first Latina in Texas to win a major-party gubernatorial nomination, political pundits were saying Texas Democrats were playing into the hands of Abbott and his supporters with Valdez’s nomination.

Valdez’s critics point out that in a state as big as Texas, it takes mucho dinero to run a campaign. In her run for her party’s nomination, Valdez mostly concentrated buying digital ads and visiting the major cities that traditionally vote Democrat, but as a candidate for governor, she’s going to have to reach rural Texans, where broadband penetration remains spotty. That means old-fashioned ad-buying on local news stations and neighborhood newspapers, which could quickly deplete her current funds compared to her opponent’s $41 million dollar war chest.

Another (potential) strike against her in the race for Texas governor is the decline of Texas Democrats coming out to vote. The Texas Tribune reported there had been a 60 percent drop in Texas Democrat voters coming out for the recent run-off election. According to the online news site, “That’s the largest primary-to-runoff decline — and the smallest number of ballots cast — in the 14 Democratic gubernatorial primary runoffs held since 1920.”

Though she’s held public office, Valdez is still considered a political novice when it comes to big-game, dirty-playing Texas politics. Already, the Houston Chronicle revealed that Valdez owes $12,000 in property taxes, which her campaign admits she is paying out in installments. Clearly, chump change compared to the wealth of her opponent but something that will no doubt be used against her.

However, in a state where there are voters who feel they are delivering the highest insult by calling others “liberals” or “Democrats,” a recent failed endorsement of Valdez from a Latino youth political organization, over her immigration record as Dallas County sheriff, may actually bolster her standing among the ultra-conservatives who have bought into Trump’s immigrant and border security rhetoric.

But the fact remains that Valdez’s path to victory in a Red state like Texas was looking more improbable than promising — until former District Judge Suzanne Wooten filed a federal civil suit today.

The suit spells out how four lawyers, all men, abused their power and targeted Wooten in a “sham investigation” to discredit her and force her resignation from the bench because they had a vendetta against her.

What gives credence to Wooten’s case is that she was exonerated and declared innocent of the multiple felony convictions these four men brought against her.

How does this help Valdez? One of the men named in the suit is current Gov. Greg Abbott.

In this day and age of the MeToo Movement, there can be no act of harrassment more egregious than trumped up charges against an innocent woman by a powerful man for the purpose of discrediting her.

It’s the epitome of what the MeToo Movement is all about and may be just the thing that motivates more women voters to turn out for Valdez and let her be the first Texas Latina to bat a grand slam in Texas politics.