LatinaLista — The news making headlines this week was the impending bacon shortage. Come to find out, it wasn’t exactly the bacon shortage Americans have to worry about. 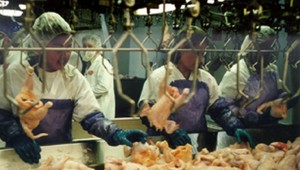 A British trade organization called The National Pig Association of the United Kingdom sounded the alert over “canadian” bacon shortage due to the rising cost of corn, used to fatten the livestock for slaughter. As Slate magazine explained it:

The issue is corn. Drought this year has destroyed a lot of the world’s corn crop…That’s because corn, for better or for worse, is one of the key commodity inputs of the modern economy… Corn is (unwisely) used to fuel vehicles, and it’s an element in a large share of the food we eat in the form of corn syrup and corn-based oils. What’s more, the meat that we eat is substantially made of corn—a key ingredient in the recipe for modern industrial-scale animal feed. So when drought hits and corn dies, it gets more expensive to feed animals.

Ironically, the Slate article ended with the lines:

Let’s not allow inflated fears of a bacon shortage to distract us from more important issues. In the short term, there’s really nothing to be done but learn to cook more chicken.

It’s ironic given the fact that a retired Food Safety Inspection Service (FSIS) Inspector is warning of how Alabama’s immigration law has impacted the very alternative to pork.

Phyllis McKelvey, who spent 44 years working in the poultry sector, is considered a whistle blower in the industry. She’s speaking out about a new government program to make food inspection supposedly more efficient. According to the food whistleblower blog:

A new inspection program known as the HAACP-Based Inspection Models Project (HIMP) is a high-speed poultry production model (designed by FSIS), which permits more “self-policing” by poultry processing companies. The proposal would limit FSIS inspectors’ authority in plants, and hands over most of their duties to company employees… The hallmark of the program is its intense line speeds (inspectors are expected to examine a chicken in 1/3 of a second) and reduced government inspection.

Other problems with HIMP include:

Under traditional inspection methods, inspectors can see all sides (and the inside) of the bird. But inspectors at HIMP plants can only see the backside of the bird – not the front (where the breast meat is) that may clearly show tumors or scabs. Nor can HIMP inspectors see the inside of the bird, where fecal matter and other disease causing abnormalities are found.

Under HIMP plans, federal inspectors are replaced with plant workers who are powerless to speak out against their employers, and are responsible for removing adulterated product. The inspector whistleblowers have witnessed that these sorters are “rebuked by supervisors” when they try to slow down the line for food safety concerns.

McKelvey’s concern is that Alabama’s immigration law has produced a “major labor shortage” in the industry. Plants are struggling to bring their operations back to where they were before their Latino workers left the state and are hiring people inexperienced in the high-speed handling of food that the new government program will require.

Not to mention, that the immigrant workers who chose to stay are, McKelvey says, being exploited by their employers because they don’t speak English fluently.

Not only does a language barrier prevent non-English speaking workers from being aware of their rights, but it also contributes to unreported injuries in the workplace. Oftentimes, workers have difficulty communicating with nurses or supervisors about health and safety concerns. Additional underreporting can be a result of the precarious employment status of many workers who are afraid to report injuries due to fears over job loss. Despite the disproportionate number of non-English speaking employees in the poultry processing industry, Phyllis notes that plants typically have only one interpreter available on each shift.

McKelvey wants the federal government to visit poultry plants to see how the conditions are quickly devolving and putting the food security of the nation at risk in the name of profit. Not to mention, that employers’ attitudes towards their immigrant workforce hasn’t really changed and the health of those who are handling our food remains secondary, as does the assurance that the chicken coming from Alabama plants is safe to eat.