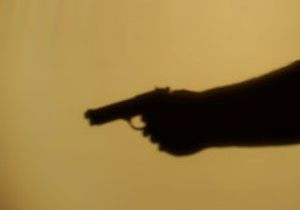 According to the poll results:

Sixty-nine percent of Latino voters believe laws governing the sale of guns should be stronger.

A large majority of Latinos, including more than 70 percent of Latino Republicans, Latino gun owners and Latinos over 50, believe that people from other states should not be allowed to carry a loaded and concealed gun in their state unless they meet their state’s legal requirements.

Eighty-six percent – support requiring all gun buyers to pass a criminal background check, no matter where they buy the gun and no matter who they buy it from. Today, only federally licensed gun dealers are required to perform background checks, although 40 percent of U.S. gun sales are conducted through unlicensed sellers.

Seventy-six percent of Latinos favor a new Obama Administration program requiring gun dealers in border states to report when someone attempts to buy more than one semi-automatic assault rifle within a five-day period.

It shouldn’t be any surprise that Latinos support such restrictions. After all, the idea of some hot-tempered person pulling a gun out to show how tough they are is scary to any rational person, Latino or not.

However, the determination among Latinos to take a hardline stance against illegal gun ownership comes from either firsthand experience or sad headlines where gun violence directly impacts the Latino community way too often.

For example, the murder of a young Colorado man, the first in his family to attend college, who was shot on his way to burn some music CDs for his sister’s quinceañera; or the death of a Chicago  five-year-old who was just sitting next to his mother in the car on the way to abuelo’s house for dinner when a bullet pierced the car’s trunk and mortally wounded him or the shooting of an Oakland, California three-year-old, who was just sitting in his stroller on a sidewalk, and was unlucky enough to get in the way of shots being fired at two men standing near him.

In response to the death of the three-year-old, the Oakland, CA county prosecutor said:

“…It’s a reflection of the senseless gun violence we see out there. And to have it happen right in the middle of the day? That’s just horrific.”

The fact that too many of the people pulling the trigger are members of our own community should be reason enough to take a reality check and understand that while stricter gun laws may not solve the entire problem, it will help keep one more child, with so much potential, from passing before their time.