Latina Lista: News from the Latinx perspective > Palabra Final > Politics > Texas wants to keep the world out when conducting its elections Nov. 6

Texas wants to keep the world out when conducting its elections Nov. 6

LatinaLista — Just how divided has this election become? Well, it’s become so divisive that one “Red” state has decided to challenge the international community over it.

Earlier this week, it was made known that more than 40 parliamentarians from Europe and Central Asia, representatives of the Organization for Security and Co-operation in Europe (OSCE), would be coming to the US to monitor the November 6 election.

It isn’t anything new. The international organization has been coming to observe US elections since 2002. In fact, as is common practice, the White House extended the invitation to the organization. Yet, this time, the presence of the international monitors is getting under the skin of some Texas politicians. 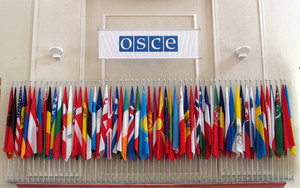 Maybe it’s because the OSCE has been put on alert for voter disenfranchisement among Latinos, blacks and other vulnerable citizens who live in states where Voter ID laws were passed by Republican legislatures. It seems Texas is on the ‘watch list’ for the election monitors.

Sounding more like a third-world dictator with something to hide, GOP Texas Attorney General Greg Abbott fired off an angry letter to OSCE officials. In part, it reads:

…According to a letter that Project Vote and other organizations sent to you, OSCE has identified Voter ID laws as a barrier to the right to vote. That letter urged OSCE to monitor states that have taken steps to protect ballot integrity by enacting Voter ID laws. The OSCE may be entitled to its opinions about Voter ID laws, but your opinion is legally irrelevant in the United States, where the Supreme Court has already determined that Voter ID laws are constitutional.

If OSCE members want to learn more about our election processes so they can improve their own democratic systems, we welcome the opportunity to discuss the measures Texas has implemented to protect the integrity of elections. However, groups and individuals from outside the United States are not allowed to influence or interfere with the election process in Texas. This State has robust election laws that were carefully crafted to protect the integrity of our election system. All persons—including persons connected with OSCE—are required to comply with these laws.

Needless to say, OSCE officials were not happy with the letter nor its tone.

In a statement released by the OSCE, Ambassador Janez Lenarčič, the Director of the OSCE Office for Democratic Institutions and Human Rights (ODIHR):

“The threat of criminal sanctions against OSCE/ODIHR observers is unacceptable,” Lenarčič said. “The United States, like all countries in the OSCE, has an obligation to invite ODIHR observers to observe its elections.”

“Our observers are required to remain strictly impartial and not to intervene in the voting process in any way,” Lenarčič said. “They are in the United States to observe these elections, not to interfere in them.”

According to the State Department, Texas was the only state to raise objections about the OSCE observing their election polls.

Now, the whole world’s assumption of conservative politics in the United States is proven true — Texas is truly home to cowboy politics. It’s the state that spawned the notion of the necessity of pre-emptive strikes, the validity of water boarding and the necessity of Voter ID laws.

To add to this international embarrassment, Texas Gov. Rick Perry just had to add his 2 tweets in support of his righthand man’s foolishness.

Texas’ audacity to send such a letter screams hypocrisy when the Lone Star State questions procedures in Mexico or anywhere they perceive Texans have been mistreated or cheated. Now these countries have reason to ignore Texas as a serious player in human rights.

In a blatant display of arrogance that officially tells the world that the United States is somehow entitled to play with a different set of rules — something that people in Central and South America, and other parts of the globe, have long contended was true — it brings home how some conservative thinking has evolved to extremism where reality is a meaningless commodity.

The reality that Abbot, Perry and other like-minded individuals need to remember is that by this stupid act they have diminished the global reputation of this country, and the Lone Star State.

Arrogance may have worked in the past, to some extent, but these days such blatant displays of it just makes people in leadership roles look foolish, out of touch, power-hungry and clueless as to how the world works — and our role in it.