Latina Lista: News from the Latinx perspective > Palabra Final > Immigration > The case of Jose Avila and a gun he wasn’t supposed to have 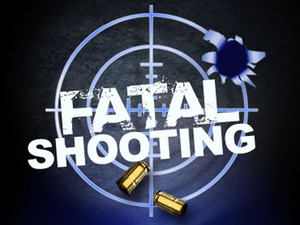 According to the FBI, gun dealers did record business. They know this by the number of background check requests issued for the day. The all-time high of 97,848 set back in 2008 was shattered. Almost 130,000 requests were issued during Black Friday.

The authorities see the upsurge as a good thing because it means more gun sellers are following the federal law which requires background checks be done on gun buyers. The flip side, which isn’t that great of news, is that the number of background checks doesn’t translate into only almost 130,000 guns released into society — the numbers are estimated to be much higher since multiple guns can be bought during one sale.

And while these particular gun sellers were following the law, chances are there were some who were not. In New York, after a six month investigation of gun shows, police discovered that there were some gun sellers more than willing to sell guns illegally to buyers by not performing background checks.

“I’m very sorry to report that at every gun show they visited, undercover investigators who explicitly stated that they could not pass background checks were able to obtain firearms,” New York Attorney General Eric Schneiderman said.

And the people who would never qualify to buy a gun, what do they do with them?

According to some reports, they sell the guns to either family members, friends or friends of the people they know. That’s probably how Jose Avila got the gun he used to wound his wife by shooting her multiple times and killing each of his four children who ranged in age from 2-5.

Jose had been beating up the mother of his children, Laura Gonzalez, for sometime. After the assaults, she would leave and go to a woman’s crisis shelter but she would never press charges.

Because she and Jose were undocumented and she was too afraid that they would both be deported if she had him locked up. Being an undocumented immigrant meant that there was no legal way for Jose to ever own a gun.

But he had one, and after he shot all four of his small children, he turned the gun on himself and committed suicide.

Neighbors say that Jose and Laura started having problems when he lost his job sweeping floors at a grocery store. Laura worked in a restaurant.

There’s no telling if Jose was a serial abuser or he was just pushed to the edge because of his financial situation. Either way, four young lives could have been saved if someone somewhere had done the right thing in the first place — kept that gun from reaching Jose Avila’s hands.