Latina Lista: News from the Latinx perspective > Palabra Final > Politics > The Conundrum: How to get Hispanic GOPers to sell Latino voters an inconvenient message and believe in it

The Conundrum: How to get Hispanic GOPers to sell Latino voters an inconvenient message and believe in it

LatinaLista — Not since Michael Steele was the Republican National Committee’s (RNC) perennial “foot-in-mouth” chairman have news web sites, bloggers and social media streams been ablaze, aflutter, aghast and amused at what someone from the RNC has said regarding party platform issues like what happened this morning. 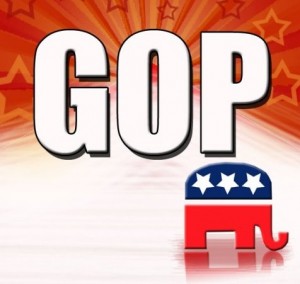 In what the RNC probably wanted to be seen as a long overdue overture — the proverbial olive branch — to the Latino community, with the announcement six Hispanic outreach directors had been newly hired to work in the critical battleground states, instead ended up being another example of how hard it is to make the GOP party platform palatable to Latino and minority voters.

This morning, news reporters at the RNC event reported that Bettina Inclán, the Republican National Committee’s Hispanic outreach director admitted that she didn’t know where Romney stood on the immigration issue.

“It’s my understanding that he’s still deciding what his position on immigration is. So I can’t talk about what his proposal’s going to be. Because I don’t know what Romney exactly has talked about different issues,” said Inclán.

Not minutes after she spoke did some of the woman’s colleagues rush to her aid saying that the RNC doesn’t set a candidate’s policy and that Inclán was only now starting to work with Romney, thus the confusion.

It didn’t work for Michael Steele and it won’t work now.

Romney has made it very clear — in debate after debate — as to where he stands on the immigration issue. And it’s right in step with the party’s platform. Yet, it becomes an inconvenient truth when reaching out to Latino voters and begging for their votes.

It probably became just as obvious to Inclán when she was put on the spot to explain Romney’s stand. Though she may not have known the particulars, she had to have known the overall sentiment he’s expressed on the issue. As a Latina, and a Republican, working for a party that is so hard-line about an issue that impacts so many in the Latino community is a tough message to sell to that audience, not to mention pretend to believe.

As expected, the Democrats are having a field day with the comment but it just shows the conundrum the GOP party is increasingly having with its few members of color.

When the GOP stood for fiscal responsibility and conservative values, those were issues that were color-blind and could easily be embraced by any ethnicity. Yet, when the GOP turned and started attacking particular communities with inflammatory and derogatory rhetoric and adopting “exclusionary” platforms, it put members of color in a difficult place and has left them with only two choices — either call their own party out for their divisive stands on the issues important to Latinos, low-income and the rest or to pretend not to know.