Latina Lista: News from the Latinx perspective > Palabra Final > Immigration > The Pope delivers a not so subtle message to Congress about immigration reform

LatinaLista — When it comes to politics and religion, there are few people who want to see their politicians be enslaved to do their church’s bidding at the expense of a diverse constituency. Yet, since religion is seen as the source of moral conscience, most people do hope their politicians are influenced by those teachings to some degree when voting for controversial issues. 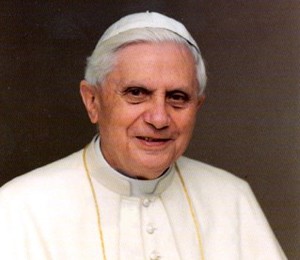 So, it’s an interesting predicament that some of the most high-profile politicians in Washington, who happen to be Catholic, and cite their Catholic faith when it comes to Planned Parenthood funding or same-sex marriages, should find themselves on the wrong end of that faith in the immigration debate.

From Rick Santorum and Marco Rubio to John Boehner, each of these politicians has very clear moral convictions against two of the three issues. With the immigration issue, the justification to oppose it is because it’s against the law. Yet, they forget, or maybe they don’t know, that history, as well as the history of Catholicism, has numerous examples of what was right being outside the law.

They should know that Jesus was considered a criminal himself and not the savior who is worshipped today.

Catholic politicians, like these men, are running out of justifications in light of who decided to speak out for immigrants. Pope Benedict XVI declared today that he was pleased with how the Catholic community in the U.S. is opening its arms to new immigrants.

“The Catholic community in the United States continues, with great generosity, to welcome waves of new immigrants, to provide them with pastoral care and charitable assistance, and to support ways of regularizing their situation, especially with regard to the unification of families. A particular sign of this is the long-standing commitment of the American bishops to immigration reform,” Benedict said.

“This is clearly a difficult and complex issue from the civil and political, as well as the social and economic, but above all from the human point of view. It is thus of profound concern to the church, since it involves ensuring the just treatment and the defense of the human dignity of immigrants,” Benedict said.

It doesn’t get any clearer than this.

The politicians who oppose immigration reform may be on the side of the law but the Pope makes clear that they are on the wrong side of the Church.

The question must be asked: Whose law stands the test of time better?