LatinaLista — This week, when President Obama appeared before the National Council of La Raza’s annual convention, he pledged solidarity with Latinos on the issue of immigration reform and the DREAM Act. Yet, what he didn’t pledge support with was deportations, a very real and ongoing repercussion of not passing either issue. 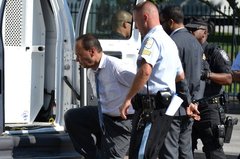 Now, I swore an oath to uphold the laws on the books, but that doesn’t mean I don’t know very well the real pain and heartbreak that deportations cause. I share your concerns and I understand them. And I promise you, we are responding to your concerns and working every day to make sure we are enforcing flawed laws in the most humane and best possible way. President Obama at the NCLR national convention 2011

There is a growing sentiment in the Latino community that the Obama administration is not living up to the particular promise of “enforcing flawed laws in the most humane and best possible way.”

It was that frustration that led to the arrest of Congressman Luis Gutierrez outside the White House yesterday during a protest rally denouncing the administration’s milestone of deporting one million people.

In a letter to Mr. Gutierrez on Monday, Mr. Obama rejected his proposal to suspend deportations of illegal immigrant college students with clean criminal records. Last week, Mr. Gutierrez and three other House Democrats had sent a letter to the president requesting the suspensions and also asking him to take executive measures to make it easier for illegal immigrants married to American citizens to remain in the United States.

Mr. Gutierrez said he decided to go ahead with the protest after receiving Mr. Obama’s response. “It didn’t disappoint me as much as I was saddened,” Mr. Gutierrez said in an interview after he paid a $100 fine and was released by the police.

As Congressman Gutierrez, and several fellow activists were handcuffed and taken to a DC police station, the latest DREAM Act student found himself in the custody of ICE agents and on a plane to — South Africa.

His name is Andy Mathe and his story is not the typical DREAM Act student’s story that the public has become accustomed to hearing. For starters, Andy is not Latino — and it’s exactly this that underscores how deportations are a humanitarian issue not limited by race or national origin.

Deportations not only separate families but they can endanger the deportees depending on where they are repatriated. Andy’s family did everything right when they arrived in this country but it seems the US government is as stingy with granting asylum as it is in granting official recognition to 12 million undocumented people. 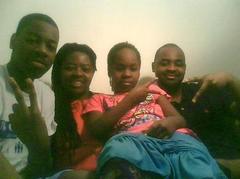 The following is the story of why the Mathe family came to the US and their fears for returning to South Africa. It is excerpted from a petition at DreamActivist.org to help keep the family in the US:

On July 26, 2011, Andy Mathe was deported to South Africa, where he faces death if he is found by the people who continue to target his family. Andy’s mother, Hope Mathe, is suffering as a result of his son’s deportation and worries for his safety. The family’s deferred action request was rejected by ICE. However, we urge ICE to reconsider and give the family the opportunity to live safely in the United States. We ask that ICE use its discretion and not send the rest of the Mathe family to South Africa, where they could be killed.

The Mathe family has been living in Atlanta, Georgia since their arrival to the United States. The father left Rwanda after the genocide to settle in South Africa as a political refugee. The father and mother, Hope, married and the family began to build their life together. Soon after, the family began to receive several death threats and narrowly avoided the kidnapping of their daughter, who was 3 years old at the time, from daycare.

In 2007, the father went into hiding to protect his family as they fled South Africa in hopes of seeking political asylum in the United States. Upon their arrival in Atlanta, Georgia, the family made the request for asylum. Despite the evidence, the mother and older brother were immediately handcuffed, arrested, and taken to a detention center. They were released after 6 months and the family has been attempting to seek asylum ever since.

Malcolm, one of their children, attended Whitefield Academy where he was a bright student. In 2008, he was chosen to represent his high school at a National Youth Leadership Forum in Washington, DC. At the forum, he was awarded a certificate of achievement. Andy, the oldest son, attended the Art Institute of Atlanta where he received several awards and recognition for his work in interior design.

Secretary of Homeland Security Janet Napolitano and President Obama have both stated that deporting youth brought to the U.S. as children is not a priority. Furthermore, according to the factors set forth in the Prosecutorial Discretion Memo issued by ICE Director Morton, the Mathe family is not a priority for removal by DHS and merits a favorable exercise of discretion.