Latina Lista: News from the Latinx perspective > Palabra Final > Immigration > TX GOPer Lamar Smith puts one big boot in his mouth when he talks about Latinos

LatinaLista — It’s been a few days since the Obama administration’s announcement that each of the 300,000 pending deportation cases would be reviewed and decided on a case-by-case basis. 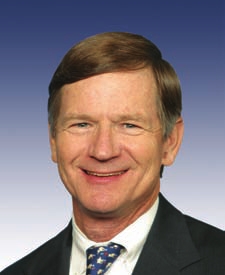 Overall, reaction from the Latino community has been positive. Sure, there were some who wanted more but most everyone agrees this is better than nada.

Needless to say, some members of the GOP didn’t take the news very well. There have even been calls to impeach the President.

Yet, it was one statement delivered by Texas Rep. Lamar Smith that was worth noting. In response to this change of heart from the Obama administration, Smith told a San Antonio radio DJ:

Obama’s action smacks of an attempt to shore up support in the Hispanic community where polls show he is losing millions of voters, Smith said. But that wouldn’t work, he said.

“Latinos are smart enough not to be bought off by these kinds of tactics. This is a game. They know they are being pandered to. That’s a sign of disrespect . . . They see through the motive as totally political, trying to get their votes one way or the other and I don’t think they are going to fall for it.”

Smith’s statement, as so many of his past actions and words, is laughable and underscores just how out of touch he is with the Latino community — who comprise the largest demographic of color in the Lone Star State. If he knew or cared to know what Latinos thought then he would know that this “pandering” was instigated by the Latino community.

The disrespect is how Smith and his GOP ultra-right peers think it’s ok to dismiss and ignore Latino concerns and advance an agenda that plainly and punitively persecutes a portion of the Latino community.

Yet, he is right about one thing: Latinos are smart — smart enough to recognize when someone is pretending to speak in our defense but couldn’t care less about what we’re saying.