LatinaLista — It is rare to read two prominent nonpartisan political analysts agree in condemning one political party over another.

Yet, two such nonpartisan, Washington-based analysts did just that over the weekend and what they wrote should not only concern all voters but put Latino voters on alert. 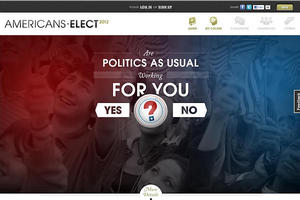 In the essay that was published in the Washington Post titled Let’s just say it: The Republicans are the problem, by Thomas E. Mann, senior fellow at the Brookings Institution, and Norman J. Ornstein, resident scholar at the American Enterprise Institute, the two political observers made it very clear that Congress is dysfunctional and it will take something monumental to put things back in order.

The GOP has become an insurgent outlier in American politics. It is ideologically extreme; scornful of compromise; unmoved by conventional understanding of facts, evidence and science; and dismissive of the legitimacy of its political opposition.

…Today, thanks to the GOP, compromise has gone out the window in Washington. In the first two years of the Obama administration, nearly every presidential initiative met with vehement, rancorous and unanimous Republican opposition in the House and the Senate, followed by efforts to delegitimize the results and repeal the policies. The filibuster, once relegated to a handful of major national issues in a given Congress, became a routine weapon of obstruction, applied even to widely supported bills or presidential nominations. And Republicans in the Senate have abused the confirmation process to block any and every nominee to posts such as the head of the Consumer Financial Protection Bureau, solely to keep laws that were legitimately enacted from being implemented.

The average thinking person doesn’t need this spelled out by two political analysts. The nation has been witness to this behavior since Obama’s inauguration, and yet, the Latino community continues to blame Obama for not doing enough to pass the DREAM Act, to get immigration reform on the table, to stop the deportation of innocent immigrants, etc, and still holds out hope that the Republican Party will see it our way to compromise.

If delusion is the ointment that makes us feel better about the future then we have gotten it in our eyes. Not even Rubio’s insincere effort to help deserving undocumented students can be seen as a compromise since it doesn’t recognize the most basic fact — these young people see themselves as Americans, and nothing else.

The authors of the essay suggested two ways to reclaim our democracy:

If our democracy is to regain its health and vitality, the culture and ideological center of the Republican Party must change. In the short run, without a massive (and unlikely) across-the-board rejection of the GOP at the polls, that will not happen. If anything, Washington’s ideological divide will probably grow after the 2012 elections.

…If the political dynamics of Washington are unlikely to change anytime soon, at least we should change the way that reality is portrayed to the public.

Our advice to the press: Don’t seek professional safety through the even-handed, unfiltered presentation of opposing views. Which politician is telling the truth? Who is taking hostages, at what risks and to what ends?

Also, stop lending legitimacy to Senate filibusters by treating a 60-vote hurdle as routine. The framers certainly didn’t intend it to be. Report individual senators’ abusive use of holds and identify every time the minority party uses a filibuster to kill a bill or nomination with majority support.

To say most of the media is a reluctant ally to this extremism sounds fair but, like the authors said, it’s time to call out those politicians who depend on distorting the truth to make themselves look good — no matter which side of the aisle they are on.

When one side lacks those two very basic qualities when negotiating then it’s a no-brainer as to who will win and who will continually be disappointed.