Latina Lista: News from the Latinx perspective > Palabra Final > Politics > What will reinvigorate Latino voters outside FL to go to the polls?

What will reinvigorate Latino voters outside FL to go to the polls?

And then there’s the inevitable question: Is Florida’s Latino vote a precursor to how the rest of the country’s Latinos will vote?

Uh, not even close. 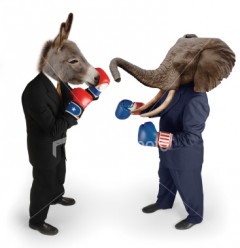 Thirty-one percent of the state’s registered Latino voters are Republicans, while 38 percent are Democrats. Twenty-nine percent of registered Latino voters in Florida hold no party affiliation and 2 percent are registered with another party. The party affiliation among Florida’s Latinos is a serious departure from national trends, where a higher percentage of Latinos identify with the Democratic Party.

So, the real question to ask is not how the rest of the nation’s Latinos will vote (based on Florida’s Latino voters) but if they will vote.

Florida’s Cuban American population has always had a strong political presence in their local towns by turning out to vote and running for office. Among the Latino population, Cuban Americans, as a collective whole, early on understood the influence to be gained with an unified political voice. It has taken the rest of the Latino demographic a little longer to catch on.

Though it was seen in the 2008 election that there are still pockets of Latino voters around the country who didn’t grasp the importance of the Latino vote, overall, there was a strong increase among Latino voters. According to the Pew Hispanic Research Center, “In 2008, Latino eligible voters accounted for 9.5% of all eligible voters, up from 8.2% in 2004.”

Latino voters turned out in force in 2010 as well.

Latinos also were a larger share of the electorate in 2010 than in any previous midterm election, representing 6.9% of all voters, up from 5.8% in 2006.

But it’s been a long four years since Obama garnered 67 percent of the overall Latino vote. There has been a lot of outcry, protests, disillusionment and, frankly, disappointment, from many Latino voters towards the Obama administration since then.

Many of these Latinos who voted for Obama in 2008 have not yet been reenergized enough to think about voting for him in 2012 — or voting period.

What will it take?

Given the WWE atmosphere of every GOP debate, that both reinvigorates the parties, the Latino GOP voters and keeps everyone else on the edge of their seats, waiting to see who will deliver the first low-blow and then body-slam their opponents, the enthusiasm for the presidential election could be resurrected with debates that continue the trend of opponents verbally duking it out.

This is, after all, the age of reality television, and a political cliffhanger, like a run for president, still provides more drama than any show on the air.

Previous Post New report on Millennial consumers offers insight too into new generation of voters
Next PostVideo: Sports team owner explains how sports can save Mexico