The 2016 Nissan Titan XD is an all-new, diesel-powered large truck with more towing and hauling capability than regular “half-ton” pickups. But although it qualifies for heavy-duty status, it’s not quite a direct rival to established HD trucks from Ford, Ram and General Motors. Instead, the crew-cab Titan XD aims for a middle ground that has emerged as those products have moved upmarket. If you want to save some money but need something stronger than the half-ton Ram 1500 EcoDiesel, this Nissan is designed to hit the spot.

The Titan XD is technically a heavy-duty pickup because its Gross Vehicle Weight Rating (GVWR) exceeds 8,500 pounds, thanks to beefy components previously developed and proven in Nissan’s NV line of commercial vans. For XD duty, the fully boxed ladder frame was modified and stretched to a 151.6-inch wheelbase that can accommodate the standard crew-cab layout and 6.5-foot bed. Interestingly, heavy-duty trucks are legally bound to a bed length of at least 6 feet, which is why the XD doesn’t offer a shorter bed like regular-duty crew cabs. This works out better in terms of versatility, but the end result is a truck that’s about as unwieldy as 2500-series crew-cab models, measuring more than 20 feet from nose to tail.

One of the XD’s most notable features is the brand-new Cummins 5.0-liter V8 diesel engine under the hood, which makes 310 horsepower and 555 pound-feet of torque. That’s less output than the Big Three heavy-duty diesels, but considerably more than the Ram 1500 EcoDiesel (240 hp and 420 lb-ft). By the numbers, the Ram EcoDiesel’s towing capacity tops out at 8,870 pounds in crew-cab form, while the typical 2500-series HD diesels can tow 14,000 to 17,000 pounds. There’s a lot of room in between, and the 2016 Titan XD exploits it with a healthy 12,314-pound maximum that might just be all you need.

Of course, it might also be more than you need, in which case the forthcoming regular-duty Nissan Titan could be a better fit. Aside from slightly slimmer front-end styling (because the hefty diesel V8 won’t be offered) and an available 5.5-foot short bed, the half-ton Titan will look similar and come with basically the same interior. As for closer Titan XD rivals, the abovementioned Ram 1500 EcoDiesel remains your only choice for diesel power in a regular-duty truck, while the recently redesigned Chevrolet Silverado 2500HD and the tried-and-true Ram 2500 and Ford F-250 offer mega-capable diesel engines. If something in the middle feels right to you, the 2016 Nissan Titan XD is a must-drive.

All 2016 Nissan Titan XD heavy-duty pickups come with a crew cab, a 6.5-foot bed and your choice of rear- or four-wheel drive. The crew cab can seat five or six, depending on trim and equipment. There are five trim levels: S, SV, Pro-4X, SL and Platinum Reserve.

Next up is the Titan Pro-4X, which receives dark-finished 18-inch wheels with all-terrain tires, off-road-tuned Bilstein shocks, a lockable rear differential, skid plates, hill descent control and special cloth-and-vinyl upholstery. The Pro-4X also boasts LED headlights, the spray-in bedliner, a towing package akin to that of the SV, voice controls and most of the equipment from the SV Comfort and Convenience package. The optional Pro-4X Convenience package builds from there with remote engine start, an auto-dimming driver-side mirror, unique leather upholstery with contrast stitching, a four-way power passenger seat, a heated steering wheel, heated rear seats, a power-adjustable steering wheel and driver memory settings.

Also offered on the Pro-4X is a Utility and Audio package that combines the SV Utility package with a Rockford Fosgate audio system featuring 12 amplified speakers and a subwoofer. And then there’s the Pro-4X Luxury package, which adds a pair of removable “Titan box” in-bed storage compartments, a surround-view camera system and ventilated front seats.

The SL trim does away with the Pro-4X off-road gear, instead providing standard 20-inch alloy wheels and copious chrome exterior trim along with relatively understated leather upholstery. The SL also gets essentially all of the Pro-4X’s optional packages except the Luxury package as standard, though the rear-seat heaters are curiously unavailable. Also absent is the Luxury package’s surround-view camera; however, the Titan boxes can be added separately.

Pretty much every upgrade mentioned so far (except the Pro-4X off-road bits) comes standard on the Platinum Reserve, a loaded truck with a higher grade of interior and exterior finish. Outside, unique dark chrome plating adorns the 20-inch wheels and various trim accents, while the front seats are sumptuous black-and-brown pleated leather buckets (heated and cooled, of course). The rear-seat heaters come standard, as do aluminum sill plates and wood interior accents. Exclusively offered on the Platinum Reserve is a rear-seat DVD entertainment system with headrest-mounted displays and wireless headphones. 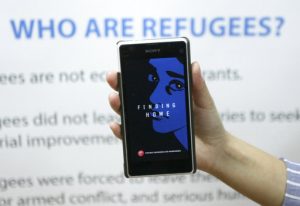 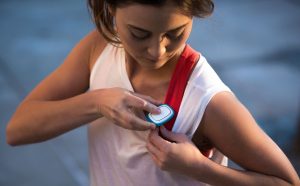