LatinaLista — Canada has been in the news more than usual lately due to the Royal visit of the Duke and Duchess of Cambridge but there is another visit that Canada is hosting that hasn’t gotten nearly the attention it deserves. 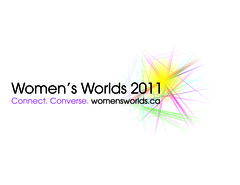 From July 3-7, the University of Ottawa and Carleton University in Canada are co-hosting the 11th installation of an international congress of women known as Women’s Worlds 2011 (WW2011).

Started in 1981, the congress is held every three years in different cities around the world. This year’s installation marks the 30th anniversary of the series which has the theme – “Inclusions, exclusions, and seclusions: Living in a globalized world.”

Over 1600 academics, policy-makers, researchers, and activists from around the world are convening in Ottawa to explore how issues like equality, human rights, economics, labour, education, environment, and development relate to women.

According to congress statistics, this is the first Women’s Worlds congress to be conducted in three languages: English, French and Spanish. Of the over 300 presenters to present at the congress, 65 identify as Aboriginal.

The presenters will touch on issues facing women in all corners of the globe. From sex trafficking of women and children to women’s philanthropy to the migrating female workforce. The four-day conference is broken down into daily themes: Breaking Cycles, Breaking Ceilings, Breaking Barriers, Breaking Ground.

In addition to the presentations, the overall mission of the international congress is to connect women from around the world to not only discuss the serious issues but enjoy the camaraderie that only an event like this can bring. So women sharing their talents, from singing to selling traditional homemade products, are a big part of the event.

And if you’re feeling a twinge of jealousy because you’re missing out, no fear. After all, this is the age of social media and technology. Live tweeting from the congress can be found #ww2011 and at the congress’ web site videos of the day’s sessions can be seen, along with, photo slide shows of other ongoing events at the congress.

Around the world, women are grappling with rapidly-changing political, cultural, economic, social, and environmental realities, and the effects of numerous crises. And while globalization has contributed to the destabilization and marginalization of women and communities, certain consequences have yielded positive results for women.

Where globalization and women are concerned, provocative questions abound.– Organizers of Women’s World 2011