LatinaLista — Saturday, December 10, is International Human Rights Day. While most of us think people in need of human rights live in Egypt, Syria, Iran, Afghanistan, Somalia, etc, it’s clear that the United States is not the first country that comes to mind. 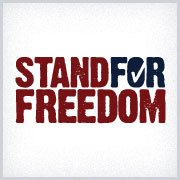 Yet, due to some new voting legislation that has passed various state legislatures throughout the country, select voters are having their right to vote threatened.

These laws strike at the heart of what makes a democracy — the freedom of its citizens to vote for their leaders. When certain people are prevented from exercising that voting right then it becomes a violation of not just their basic rights as a citizen but a violation against their rights as a human being.

To draw attention to the fact that there is a coordinated national effort to threaten or deny the voting rights of select voters, a national campaign is underway titled Stand 4 Freedom.

Today, the target is the voting rights of Black voters, Latino voters, Asian American Voters, Native American Voters, as well as students and young people, seniors, working women, and immigrants of all colors. These are also among the voting demographics who are most likely to support workers rights, equal opportunity, women’s rights, LBGT rights, environmental protection, and peace.

Spearheaded by the NAACP and SEIU 1199, the Stand 4 Freedom campaign involves signing a pledge to defend the voting rights of all people and a march to the United Nations in New York City on December 10 to protest the voter-block measures passed into law in several states.

“The right to vote is the heart of our democracy. Throughout our history Americans have been murdered for defending this basic human right. We will not let it be taken away from millions today.” ~ Stand for Freedom web site