LatinaLista — It’s estimated that over 18 million people in the United States play soccer, 78 percent of which are under the age of 18. 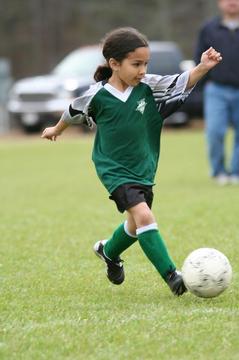 While the sport, better known as “futbol” or “football” in the rest of the world, is steadily gaining in popularity in the US — after all, who wasn’t watching or checking the score of the US women’s soccer team playing Japan? — it’s still a sport that has a ways to go to catch up with the country’s two biggest national pastimes — US version of football and baseball.

It’s also a sport where one veteran Latino player-turned-coach sees where young US players have to catch up with their competitors from around the world. In a frank interview with Soccer America magazine, Wilmer Cabrera, head coach of the United States Under-17 national team, explains why youth US soccer players don’t do better in national tournaments:

We have a group of players who cannot yet compete at the highest level with the top teams in the world.

That is something you cannot manage in practices. You have to live with that. It’s a big advantage the other countries have over us.

…It’s a cultural thing. We have to grow, little by little. And I’m not blaming anybody. It’s the system. It’s cultural. I’m part of this culture. I can’t change what I cannot change. I want to try to help where I can.

Maybe one way to help create a more serious attitude towards the sport is if more supported it. We’ll all be given our chance this week when Phoenix, Arizona plays host to the US Youth Soccer Nationals Championships.

The youth competing in the national tournament are at the top of their leagues and are trained how to properly prepare for a game and take care of themselves. Yet, with the dawn of each new school year, when hundreds more children sign up for soccer it’s a whole new ballgame for them and their parents on how to approach the game.

Another veteran soccer player, Mexican goalkeeper, Adolfo Rios, shares how soccer players of all ages can stay safe while playing the popular sport. He should know. He had the most professional appearances in Mexican league history with 633 games.

Rios, who now serves as a spokesman for the insurance company Allstate, suggests:

• Don’t kick around any balls or start playing when you get to the field without a good warm-up. Give the warm-up the importance it deserves even if you are the first to arrive or the last to leave. Without it, you can cause a serious injury.

• It’s important to eat at least four hours before every game. Carbohydrates like pastas are best because they are easy to digest and will give you plenty of energy for the game.

• If you suffer a head injury while playing, do not go back onto the field. Head injuries are very serious and you should see a doctor as soon as possible to avoid any problems.

• After a muscle injury do not try to return to the rigorous demands of the game. Take it easy so that your muscles gain strength with each passing day.

• Finally, remember to be respectful to your teammates, coaches and opponents on and off the field.

Previous Post Latinos not looking for "Hope" from Obama administration, but sincerity
Next PostThe mindset of Norway's shooter is alive and well in the US and pointed at Latinos

Latinos not looking for "Hope" from Obama administration, but sincerity
Comment
The mindset of Norway's shooter is alive and well in the US and pointed at Latinos