LatinaLista — It’s bad enough that young people have enough stress in their lives on a daily basis but according to this year’s Center for Disease Control’s (CDC) report, Youth Risk Behavior Surveillance — United States, 2011, youth, especially Latino youth, are adding to that stress with some bad choices. 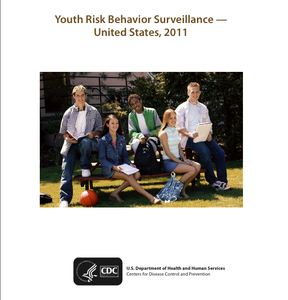 The CDC reports that 72 percent of all deaths among youth ages 10-24 stem from four causes: motor vehicle crashes (26%), other unintentional injuries (17%), homicide (16%), and suicide (13%). The rest are attributed to a mix of bad habits — smoking, drug use, poor diet, no exercise — all things that are among the leading contributors to death in adulthood.

Yet, the CDC’s report shows that when it comes to poor choices, Latino youth either lead the way in some categories or come in at a close second. These choices aren’t just setting them up for a future filled with health problems but putting their lives at risk in the present:

The list of questionable and risky behaviors where Latino youth are leading their peers goes on and it’s a shocking snapshot that shows a youth in crisis and crying out for help. From these sad statistics, we can surmise that Latino youth are feeling victimized, either mentally or physically, more so than white or black students.

The question has to be asked, “why?”

Until there are definitive answers, more Latino youth will suffer needlessly — and have the dubious distinction of coming in first for all the wrong reasons.