LatinaLista — Compared to non-Hispanic whites, Hispanics with asthma are less likely to be in the care of a regular doctor or clinic; less likely to be prescribed appropriate medicines; less likely to have access to specialized care; and more likely to end up being treated in the emergency department or hospitalized in a crisis. 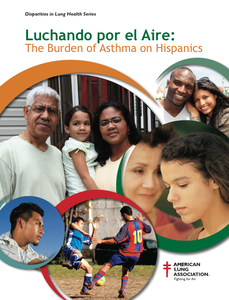 These findings are part of a new study released in both Spanish and English this week by the American Lung Association. Luchando por el Aire: The Burden of Asthma on Hispanics

The report details the factors that keep Latinos from being able to manage their asthma so as to prevent trips to the emergency room.

Another startling finding of the report is that Puerto Ricans have higher rates of the disease than any other group, including African Americans who have some of the highest rates of asthma.

Because there is no cure for asthma, it’s vitally important that Latinos afflicted with the disease not just learn how to manage it and treat it but create as healthy a living environment as possible.

Yet, Congress and the Obama administration are making that goal for Latino families farther to reach with either talk or outright tabling of air and environmental standards.

If ever there was proof that the Environmental Protection Agency is an ally in safeguarding lives rather than a “job destroyer,” as some politicians would have us believe, this report shows it.