Latina Lista: News from the Latinx perspective > Life Issues > Latino seniors remain an invisible group in the eyes of policymakers

Latino seniors remain an invisible group in the eyes of policymakers

We live in an aging world with countries like Japan and Italy with 21.6% of their population 65 years and older. Our nation is still relatively young with an elderly population of less than 13% but that is about to change. 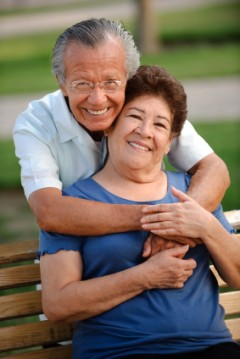 The baby boomers who started turning 65 last year will add 75 million more seniors and the percentage of seniors in this country will rise to 20% within the next ten years. This is good news — if you are getting older while remaining healthy.

Unfortunately for the large number of low and middle-income seniors staying healthy and having access to services is not always an option. The growing number of Hispanic seniors continues to experience a litany of problems when accessing services, among them, language and cultural barriers, a fragmented service delivery system and lack of trained bilingual staff.

Take for example my own state of Florida where over one million individuals are 65 years and older and few have access to critical healthcare services. Luckily for our Hispanic community they are part of what is called the Hispanic paradox which means that despite their socioeconomic hurdles and lack of access they live longer than any other ethnic or racial group by seven or more years.

This is because Hispanic seniors are much healthier than expected and the reasons for this paradox are a matter of debate. Many suggest that factors such as diet, lifestyle choices and a strong social support network are key in understanding Hispanics’ better-than-expected health.

Another favorable condition of Hispanics in Florida include declining disability rates, lower rates of Medicaid use and low utilization of nursing home care.

Despite all these good news, Hispanic seniors remain an invisible group in the eyes of policymakers. Our fragmented system and the absence of information on what services are available and how to get them further contributes to their marginalization and neglect.

This state of affairs was the impetus for the creation of our firm back in 1996. We started with one project here in Miami called the Helen Sawyer Plaza. This 1971 elderly public housing building had been poorly maintained and was the home for 100 low-income seniors most of them Hispanics.

Helen Sawyer became the model for the nation and eliminated the problems faced by the growing number of Hispanic elders. A bilingual case management office was created in charge of service coordination. They were trained to understand the role of the family, cultural differences in food choices, cleanliness and alternative medical treatments, all part of our culture. We developed a public education effort to help residents and their families find information about services and how to access them.

Despite the challenges that were part of creating a new of caring for low-income seniors, the Helen Sawyer Plaza is living proof that catering to the specific needs of Hispanic seniors and improving their lifestyles results in considerable savings to the healthcare system by reducing emergency room admissions, hospitals stays and the number of prescription drugs taken by Hispanic seniors.

Conchy Bretos is the CEO of Mia Senior Living Solutions a company created to change the way we care for our seniors and disabled adults. She was awarded the first Purpose Prize and an Ashoka Fellowship for her innovative work in bringing assisted living services to seniors living in public housing. In 2011 she was named one of the most promising social entrepreneurs by Bloomberg Business Week. She is a graduate of Oberlin College and received an MBA from the University of New South Wales in Sydney, Australia.