Latinos outdo everyone else in using mobile technology

LatinaLista — Though the bad economy has hit Latinos especially hard, a new study shows just how flexible we are in adapting to what some people would consider “adverse” circumstances. 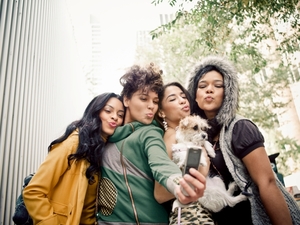 The report Minorities More Active on Mobile Web published by eMarketer confirmed what other independent studies have been documenting all along — Latinos and blacks love their mobile phones.

But for Latinos, as the study’s authors discovered, the mobile phone is much more than just a device for talking and texting — it’s a web browser, a camera, a shopping tool and an affordable link to today’s technology.

According to the study: “Whites have the highest penetration of mobile phone users throughout their population, at 78.3%, compared to 77.3% among Asians, 74% among blacks and a comparatively low 69.2% among Hispanics. All these groups will make gains in mobile ownership by 2015, with Hispanics posting the biggest rise, from 69.2% in 2011 to 73% mobile penetration that year.”

Yet, right now Latinos take the lead in turning the mobile phone into this century’s version of the Swiss Army knife.

The report reveals that 53 percent of Latinos access the Internet from their mobile phones. It’s a significant number when it’s discovered that only 49 percent of blacks; 48 percent of Asians and 36 percent of whites use their phones for the same purpose.

The study’s authors chalk up the high Latino usage rates to youth because the Latino population, compared to others, is much younger. But it’s more than just that.

It’s about not being left behind in an era where technology links people to each other, to online experiences, to necessary information and to leveling the field as we strive towards the next phase of the American Dream we’re all trying to make for ourselves — regardless of age.

Previous Post Teatro Luna's new play 'Crossed' examines what it means to be an Immigrant in the U.S.
Next PostMexican economists tally the costs of anti-immigrant legislation and shaky economy on undocumented immigrants

Teatro Luna's new play 'Crossed' examines what it means to be an Immigrant in the U.S.
Comment
Mexican economists tally the costs of anti-immigrant legislation and shaky economy on undocumented immigrants