Latina Lista: News from the Latinx perspective > Palabra Final > 3 reasons why Romney’s opposition to undocumented immigrants threatens the future of the country

LatinaLista — With only a couple of weeks till the election, last night’s presidential debate was the clearest opportunity American voters have gotten so far to understand the candidates’ stands on the issues. Though day-after-factcheckers are noting that both men didn’t get their facts entirely correct, there was no mistaking that Romney is not a friend to undocumented immigrants — and that’s a big problem for the security of the country, the stability of the economy and the future of the Latino community. 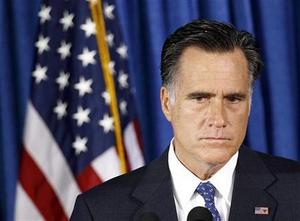 Regardless of how Gov. Romney, or any political candidate, would penalize undocumented immigrants for violating the country’s immigration system, the fact remains that there are too many people to just continue to ignore and dismiss as not being a part of our economy. They already are and have been.

A policy that Romney implies he would favor sounds like he would continue to arrest undocumented immigrants on trivial charges just to get them into the system for deportation. It’s already going on under Obama and is proving to be a big security risk.

Because immigrants already live in fear and don’t want to jeopardize their lives, or the lives of their children any further, they are keeping their lips sealed, ears shut and mouths closed when they see or hear of things going on in their neighborhoods that aren’t just criminally harmful to innocent people but could have ties with Mexican drug cartels.

It’s already known that the cartels have established operations in the United States — in some of the areas where undocumented immigrants live. It’s pretty much accepted outside the Beltway that Mexican drug cartels are the next major battle facing the country. Doesn’t it make sense to have these immigrants feel safe enough to share their knowledge of what’s going on so law enforcement can apprehend and arrest cartel members before the level of lawlessness that has overtaken Mexico be replicated here?

In most of these rural towns are located slaughterhouses, processing plants and other forms of backbreaking, dirty, stinky labor that the people who run these companies say nobody but the undocumented immigrants are willing to do. Without their labor, these businesses would have been forced to shut down, taking with them the small towns that grew up alongside these businesses.

Yet, more small towns are reporting that undocumented immigrants have revitalized their local economies and providing a future that would have otherwise been impossible to achieve because ‘American workers’ aren’t interested in the kind of smelly, backbreaking work necessary to put food on the American table.

The labor of undocumented immigrants, whether it’s in rural or urban America, is a contribution to this economy that has not always been fair to the worker but provided American citizens with affordable prices for services and products.

Gov. Romney’s intention to not renew the Deferred Action for Chilhood Arrivals (DACA), which enables young people who grew up in the United States, though they weren’t born here, to attend school or enlist in the military, would be a blow to the future of the Latino community.

A good portion of these young people are high-achievers and exemplify an attitude towards education, service and self-reliance that we know the next generation needs to compete in a global economy. By deeming that they don’t belong here, simply because they were born elsewhere and were brought here as young children, defies logic and a vision we need from our next Commander-in-Chief.

Gov. Romney may be too busy focusing on today’s economy and state of the Union for his debates to take a look a few years ahead. Demographers tell us that in the future it will be Latinos who will have to carry a large part of the economic burden of this country.

A policy that denies these young people the opportunity to get college degrees or technical training is not doing this country any favors, but instead is dooming the nation to a future that will see the greatness of America plummet to depths never before seen in modern US history.

It doesn’t take a psychic to predict this — just someone with common sense and who means it when they say they love this country.