LatinaLista — Fox News released results of a poll today that the conservative news organization conducted which claims to show 70 percent of Americans favor Voter ID laws. Since the law refers to the fact that you must show ID to prove who you are before you can vote, there’s no reason to doubt that Fox News’ respondents feel this way. 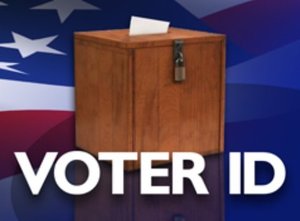 Yet, it was the reason why these people felt this way that is both insulting and curious.

According to Fox News, the reason the people cited they were in favor of Voter ID laws was to stop “illegal voting.” In another part of the Fox News article reporting on the survey, the following paragraph was included:

Any article that carries words like — “illegal” and “prove U.S. citizenship” — raises a red flag as to the biasness of the survey and/or the people targeted for it.

Fox News did have this to say about the survey:

The Fox News poll is based on landline and cell phone interviews with 910 randomly-chosen registered voters nationwide and is conducted under the joint direction of Anderson Robbins Research (D) and Shaw & Company Research (R) from April 9 to April 11. For the total sample, it has a margin of sampling error of plus or minus 3 percentage points.

In reviewing the survey, one question stood out:

People on both sides of the voter identification law debate accuse the other side of bad faith. I’m going to ask you a question about each. First,

45. Do you believe the supporters of voter identification laws are really trying to steal elections by decreasing legal votes from minorities?
Yes 34%
No 62
(Don’t know) 4

46. Do you believe the opponents of voter identification laws are really trying to steal elections by increasing illegal votes by non-citizens and other ineligible voters?
Yes 50%
No 45
(Don’t know) 6

The notion that undocumented (Latino) immigrants are “stealing elections” has been a concoction by some extreme conservatives in the past. Unfortunately, it has filtered down to the mainstream to such a degree that gullible Americans are buying it hook, line and sinker.

In looking at the people who did respond to the Fox survey question about Voter ID laws being necessary to stop illegal voting, it wasn’t surprising to see that the majority of the respondents were from the Tea Party (91 percent) followed by Republicans (87 percent); were White Men (75 percent) and had No College (75 percent).

Considering the fact that more women than men vote, a voter with a college degree is eight times more likely to vote than one with less than a high school education and Tea Partiers and white Republicans are the ones to lead the charge in supporting anti-immigrant laws like Arizona’s SB1070 and the ones that have sprung up in Alabama, Georgia, Oklahoma, etc, it’s not surprising that the people who answered the Fox News poll responded like they did.

Anyone who has already been primed to fear Latino immigrants, view them as hardened criminals and with distrust and been on the receiving end of rants about hypothetical scenarios is going to answer in the affirmative.

Perhaps the most distasteful aspect of this survey is that Fox would claim it’s representative of the greater American public. If that’s true, then this country truly is on a track to turn back the clock on any progress made towards being a nation that supports civil rights, defends the defenseless and upholds tolerance.