Latina Lista: News from the Latinx perspective > Palabra Final > If Supreme Court strikes down Affordable Care Act, it could pose more problems for GOP among Latino and disenfranchised voters

If Supreme Court strikes down Affordable Care Act, it could pose more problems for GOP among Latino and disenfranchised voters

LatinaLista — The most suspenseful reality show happening in the country now can’t be found on any primetime schedule but its drama and eventual outcome are dominating the waves from television and radio to cyberspace and print. It’s the Supreme Court’s hearing on whether the nation gets to keep the Affordable Care Act (Obamacare) or give it up. 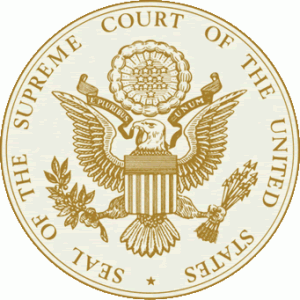 The trillion dollar question will be resolved tomorrow in a closed-room vote among the justices but, according to reports, the rest of us won’t find out till June.

If the Supreme Court should decide the law is unconstitutional and strikes it down, the amount of people, a.k.a. voters, who will be disappointed — the uninsured, the under-insured, the young adult children who haven’t been able to find a job and are on their parents’ insurance, those with pre-existing conditions, parents of children with pre-existing conditions, women on tight budgets who can barely afford their wellness check-ups, etc. — will be sure to not let the issue die in the courts.

With so much need that exists in the country for access to healthcare, a return to the way insurance companies treated people will not be tolerated. Nor will any politician who takes undue pleasure from a negative verdict.

If the Supreme Court strikes the law down, people will look to the critics of the plan, namely the GOP party, to come up with something to replace it. There will be no tolerance to put it off after the election.

Coming up with something that is approved by the public may be a harder task for the GOP than they might think. Given the level of public outcry manifesting itself across the globe due to austerity measures, there’s no guarantee that it won’t be replicated here.

In the long run, it would be better if the Supreme Court did approve the Affordable Care Act, but will they or won’t they?

An interesting poll was published today by the American Action Forum and the Blue Dog Research Forum about how the Supreme Court will vote on the Affordable Care Act. The pollsters specifically asked former clerks of the Supreme Court and attorneys who have argued before the Court what direction they thought the justices would take.

Among their conclusions were:

One respondent went as far as to say:

“My personal view is that the law is actually well-settled in this area. The Act is clearly constitutional under prior Commerce Clause decisions. I appreciate the arguments being made against that view, but I think they have all long since been disposed of. I don’t even think this is a close case, let alone a hard one.”