Latina Lista: News from the Latinx perspective > Columns & Features > BlogBeat > Adriana Dominguez: How I Got into Publishing

Adriana Dominguez: How I Got into Publishing 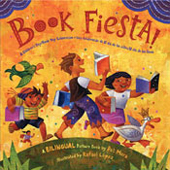 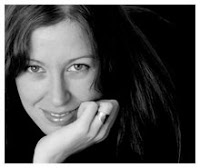 English is not my first language, though this statement doesn’t ring quite as true now that I have spent most of my life living in the United States, speaking and working in English. But the fact is, when I arrived in the US at age 12, I did not speak a single word of it. I quickly learned to say the phrase “I don’t speak English” so fluidly, that folks often seemed to question the legitimacy of my assertion.

Learning a language anytime after the age of twelve is difficult — as difficult as it is to be twelve in the first place! And so I believe that my fascination with reading and language emanates first from the fact that my mother read to me constantly from a very early age, and secondly, that I mostly developed my English language skills by reading lots and lots of books, often with a dictionary on hand to prevent me from getting “stuck” when I came across a term or phrase I did not understand.

By the time I got to college, the bookworm in me was awestricken by the British Romantics and their masterful use of the language, the American greats, like Willa Cather, who resonated with the “new American” in me, Faulkner, who influenced so much of Latin American writing and challenged my own handle on English, and of course, multicultural literature.

I joined every literary endeavor offered at my college, from contributing to the school newspaper, to eventually launching a couple of multicultural literary magazines. By the time I graduated from college with degrees in Comparative Literature and Spanish, I knew I wanted to be in publishing.

I sent numerous letters and applications for internships to most major publishers, and never received so much as a response (so, to all of those aspiring editors trying to break into publishing: I’ve been there!). I had all but given up and wondered if I should pursue a career that would enable me to exercise my other love, traveling, when I met someone who facilitated my first opportunity in publishing.

She worked in children’s publishing, an area that had not even occurred to me to explore. But I wanted to be in publishing and she was willing to help, and that’s all I needed to know! She knew I was bilingual and offered to introduce me to the head of the bilingual education group at Scholastic. 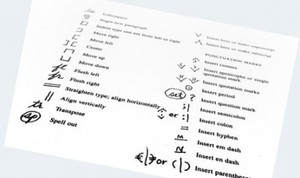 I was hired as a freelancer on a trial basis to help develop Spanish language educational materials. I still remember my first day at work, when I was asked to look over the program’s teacher’s guide and “edit it.” I hadn’t learned copyediting marks!

Luckily, I met a generous copyeditor who photocopied the copyediting marks page from the Chicago Manual of Style for me, something that I have gone on to do many times for others since. By the time I left Scholastic as a Senior Editor, I had acquired experience working on a national Spanish language reading program, and had put together an entire classroom library to complement it. I will forever be thankful to the company that jump-started my career and taught me three very important lessons.

At Scholastic, I learned that:

Being bilingual would always be an asset in my career
I can make a difference in children’s lives and in publishing as a whole
Flexibility is incredibly important in this business, because the world of publishing is continuously evolving

As a newly formed expert on educational materials for English and Spanish readers, as well as English Language Learners (ELLs), I went on to freelance for several publishers for some time, until a friend referred me to Publishers Weekly (PW).

By then, the trade market had become more interested in Spanish language books, and PW needed someone to decipher them for booksellers and librarians, separating the good from the bad, and giving them an overall sense of what was available.

My job as Children’s Reviews Editor at Críticas, Publisher Weekly’s sister publication, offered me a fuller perspective of the overall trade market for Spanish and bilingual books. Críticas further positioned me as a market “expert” by featuring me on panels and sending me to conferences such BEA, ALA, the Guadalajara Book Fair in Mexico, and beyond.

By 2005, HarperCollins had been very successful with their ground-breaking adult Latino imprint Rayo, and wanted someone to help replicate that success on the children’s side. I was called in for an interview that resulted in a full time position managing the children’s division of Rayo.

Like learning English, my position at Harper presented a challenge: I had to, in a very short time, learn about all of the aspects of the trade industry I had not yet been exposed to, such as publicity, marketing, and of course, sales. That alone could have made the Harper experience invaluable to me. However, when looking back, what I treasure most about my time there, is the work that I was able to do to bring more Latino authors and illustrators to a major publisher, the awards and accolades we received along the way, and the tremendous support system and wonderful friendships that were formed in the process.

Now as a literary agent, I see the results of my work on a daily basis when an author approaches me saying that he or she wants to work with me because my entire career is a clear indicator that I am invested in helping authors of color get published. 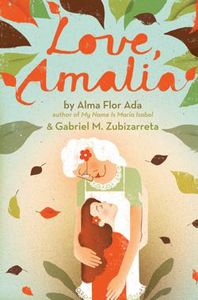 For me, my work comes naturally (though not effortlessly). I take a tremendous amount of pride in helping to publish the same kinds of books that were used to teach me while I was learning English as a student in a bilingual classroom in Queens.

Having worked on nearly every aspect of our beloved publishing industry, I am very attuned to the particular challenges—and opportunities—that diverse books present, and I try to address those in every way I can.

As a literary agent, I represent all types of writers, but my list includes a larger-than-average number of writers of color.

My priority these days is to help to create as many opportunities to build and grow our side of the business as possible. This year, along with other equally dedicated folks, I helped launch the Comadres y Compadres Writers Conference in New York. It represents our attempt to provide Latinos with access to publishing professionals in the city where publishing lives and breathes, and to learn what it really takes to get their work published.

This month, alongside my former Rayo colleague Rene Alegría, now founder and CEO of mamiverse.com, we launched Mamiverse Books, the most comprehensive source of Latino books targeted to Latina moms in the industry.

Somewhere inside me, I will always be that 12-year-old girl trying to find her way in a brand new world, only now, I have the power to help others like her, and there is nothing more rewarding than that.

As members of the publishing community, I believe that it’s important that we keep the eye on the prize—our readers. (And don’t forget to buy those books; it’s what makes all of this possible in the first place!)