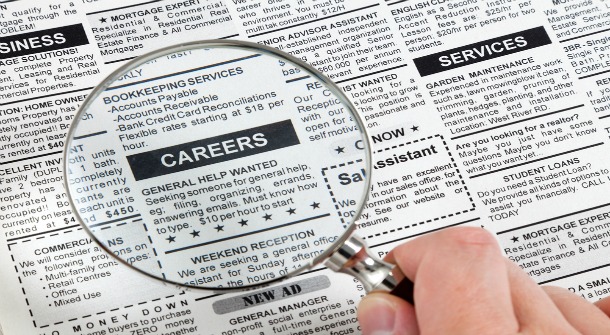 Discrimination in the hiring process has limited the opportunities available to both racial minorities – such as African Americans – and women, with important consequences for their well-being and careers.

But how does this reality affect these groups – African Americans and women – as they hunt for jobs? Do they tailor their searches narrowly to help them avoid discrimination, sticking to job opportunities deemed “appropriate” for them? Or do they cast a wider net with the hopes of maximizing their chances of finding a job that does not discriminate?

Until now, we have known little about this issue, largely because no existing data source has closely followed individuals through their job search.

New research that we recently published in the American Journal of Sociology attempts to address this limitation by drawing on two original datasets that track job seekers and the positions to which they apply.

The results of our study point to three general conclusions about the job search process:

Let’s go into a little more detail on these three main findings.

Our analysis shows that African Americans apply to a greater range of job types with a broader range of occupational characteristics than similar whites.

For example, one of our survey respondents was previously employed as a “material moving worker.” Over the course of the survey, this respondent applied for jobs consistent with his prior work experience, such as “material handler” and “warehouse worker.”

However, the respondent also reported applying for jobs in retail sales, as an IT technician, a delivery driver, a security guard, a mail-room clerk and a short order cook. This respondent applied to jobs in a total of seven distinct occupations over the course of the survey, which represents a fairly broad approach to job search.

While this is just one example, it was typical. In both of the datasets we examined, African Americans systematically applied to a larger number of distinct job types than whites with similar levels of education and work experience.

Our study demonstrates that women pursued a search strategy very different than that of African Americans.

During their job search, women also applied to a narrower range of occupations than men with similar education and work experience.

For example, women wanting to work in retail sales were more likely to apply strictly for that type of position during their job search. Men with similar aspirations, on the other hand, were more likely to branch out and apply to adjacent job types, such as wholesale, advertising or insurance sales.

So what accounts for these race and gender differences in how people search for a job?

For African American job seekers, we found that perceptions of or experiences with racial discrimination played an important role in explaining their greater search breadth.

But if discrimination, in part, drives the search behavior of African Americans, why do we not see similar adaptations by women, who also undoubtedly face employment discrimination?

We suspect the answer is related to the deeper and more explicit nature of gender inequality in the labor market. Occupations remain highly segregated by gender, and individuals from an early age can identify male- and female-typed jobs.

This reality affects women’s occupational aspirations as well as perceptions of the constraints they may encounter when deviating from gendered patterns. In either scenario, women’s self-selection into female-typed occupations may allow them to avoid jobs where they are more likely to experience discrimination. At the same time, this strategy likely reproduces gender segregation at work, which is an important source of gender inequality.

For African Americans, things are quite different. There are far fewer readily identifiable “black” or “white” jobs. The barriers facing African American job seekers can pop up across the labor market. Thus, it is more difficult for African Americans to target jobs where they will be able to avoid discrimination.

But a broad job search allows black job seekers to reach otherwise difficult-to-identify job opportunities in which racial discrimination is less prevalent. Given the challenges of anticipating where and when discrimination is likely to occur, applying to a broad set of job types raises the probability that an African American job seeker will apply to a job that does not discriminate.

Job search strategies matter and can make a big difference in everything from lifetime earnings to potential career opportunities.

We find that broad search is associated with being more likely to receive a job offer, but also with receiving lower wage offers. Thus, job seekers appear to face a trade-off between the goals of finding any job and finding a good job. The broader search patterns among African Americans, therefore, may reduce some of the employment gap but contribute to the long-standing racial disparity in wages.

Second, to the extent that broad search leads job seekers to occupations that are different from their past work experiences, this strategy may limit African Americans’ ability to build coherent careers that are consistent with their experience and aspirations. Given significant racial differences in search breadth, these dynamics are likely to contribute to persistent racial inequalities in labor market outcomes.

In the case of women, limiting the scope of their search likely reinforces existing patterns of occupational segregation, which has consequences for the gender earnings gap and implications for other forms of persistent gender inequality.

Where does this leave us?

Together, the findings from our study suggest that the job search process plays an important role in shaping, reinforcing and sometimes counteracting inequality in the labor market.

At the same time, discrimination and other barriers to employment must be considered to fully understand how labor market inequality is generated.

And, as the comparison of race and gender suggests, how individuals adapt to workplace barriers can take different forms and have distinct consequences.

Our research points to the importance of systematically examining both job search processes as well as discriminatory behavior and other constraints in the workplace if we hope to fully understand and rectify persistent racial and gender inequalities in the labor market.

David S. Pedulla is Assistant Professor, Department of Sociology & Population Research Center at University of Texas at Austin.
Devah Pager is Professor of Sociology and Public Policy at Harvard University.

This article was originally published on The Conversation.
Read the original article.