A report evaluating the Houston Independent School District’s bilingual programs found that children are not being taught enough English in elementary grades and that some teachers themselves are not proficient in the language. 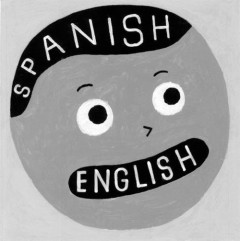 Ericka Mellon of the Houston Chronicle reports that school superintendent Terry Grier is now pledging to review the district’s programs. He initiated the outside review. “Our staff has had a lot of debate,” Grier told the newspaper. “How much English should be taught? How much Spanish should be taught? We need to figure that out, and we need to figure out why our results are not any better than they are.”

The district uses transitional bilingual programs where students begin classes mostly in Spanish and the amount of English used for instruction is gradually increased. Many Texas districts, including Dallas, have switched totally to dual-language instruction.

The report outlines a number of ways that the district can strengthen its program. Reviewers suggest that children should be moved earlier into classes that are taught half the time in English and half the time in Spanish–ideally by the third grade. It also asks that the amount of English be increased beginning with the kindergarten program.

“…based on data gathered from the interview forums, there were widespread reports that it is difficult to find a sufficient number of teachers who are strong speakers of both English and Spanish and who are able to move between the languages with ease, teaching bilingually. Moreover, in many of the traditional bilingual programs, ELLs are in classrooms composed almost entirely of other ELLs.”

Reviewers suggest that if a teacher who is strong in both Spanish and English cannot be found, the program should be taught in pairs and teachers should switch off so they are only instructing in their dominant language. The district also could offer language training for teachers. It suggests that the expansion of two-way bilingual programs where English-dominant children also are present in the classes would help the children still learning English.

Students should also continue to receive Spanish instruction in middle and high school, the report said.

The review also made suggestions for improvements to the English as a second language program.

“Houston ISD is not unlike many school districts in Texas and in the U.S. that have concerns and issues that need to be addressed for bilingual and ESL education,” the Chronicle quoted Irby as saying.

The study included a two-day on site review in June 2011 and a review of program materials and data. Click here to read the abbreviated summary.

Bilingual education can mean very different things in different school districts. If you are writing about the topic, ask your district for the program’s structure. This should include how much time is spent instructing in each language. Get as much detail as you can — the district should have this mapped out day-by-day in a chart.