In her Salud America! pilot research project, Dr. Miriam Vega of the Latino Commission on AIDS in New York south interviewed Latina mothers and children to better understand their knowledge, attitudes and communication behaviors related to food consumption and preferences, as well as the built and cultural environments in which they make decisions. 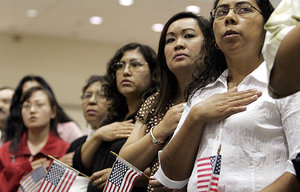 This study suggests a need to focus on the Latino family unit and on programs that target the family members separately to account for differing communication styles. Children ages 10-12 are still bonding with their parents and still see their parents as role models. Yet Latina immigrant mothers may face a critical communication gap with their children, one they may feel powerless to overcome.

Social marketing efforts on nutrition and obesity may fail to recognize the Latina mother as a separate audience from the child—in terms of language, cultural values, etc., on food choices.

Salud America! is an RWJF national program directed by the Institute for Health Promotion Research at The UT Health Science Center at San Antonio, the team behind SaludToday.