Latina Lista: News from the Latinx perspective > Columns & Features > BlogBeat > Why is it so hard to close the racial health gap in the US?

Why is it so hard to close the racial health gap in the US? 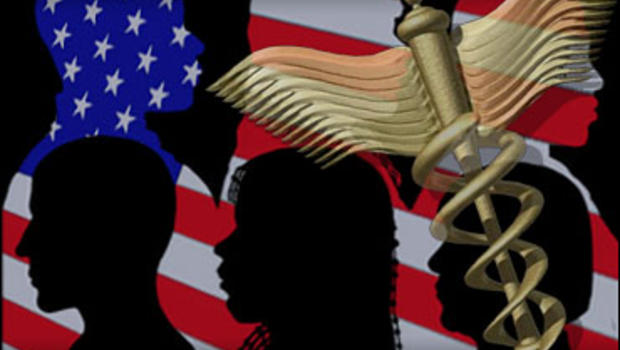 By Shervin Assari
The Conversation

The racial health gap in the United States is well-documented. The gap starts with the infant mortality rate (11.1 blacks vs. 5.1 whites per 1,000) and extends to almost any health domain. Compared to whites, blacks live shorter and live fewer years free of illness. Blacks develop chronic disease on average one decade earlier than whites. Although the life expectancy gap between black and white Americans has narrowed, disparities are still persistent.

Improvements in the health care system have increased life expectancy for most Americans, but the group that has gained more is white Americans. The larger health gain of whites than blacks results in widening of racial gap in health.

As a researcher, I’ve looked into black-white differences in determinants of health. What I’ve found is that some interventions may even widen the gap.

Closing the gap not so easy

Let’s start by asking this: Why is closing the gap so difficult? My colleagues and I have conducted multiple studies to see how the availability of economic and psychological resources affects health in whites and blacks. Blacks and whites are influenced by the same socioeconomic forces, but the impact is uneven.

The same is true for psychological factors such as mood, anger control, sense of control, self-efficacy and self-rated health. Any intervention that improves these factors would probably result in a larger gain in longevity among whites than blacks. Similar trends have been found in other countries such as the U.K.

But why is this so? I have two not mutually exclusive explanations for why socioeconomic resources and psychological assets have stronger protective effects for whites.

First, it is because of many structural barriers that blacks face in their daily lives. Residential and job segregation as well as preferences and practice of the labor market result in different types of jobs blacks and whites enter. In addition to the discrimination by the labor market, lower education quality in black communities, and many other barriers hold blacks behind economically.

Second, possibly due to their adaptation, over the course of years of surviving under oppression, poverty and cruelty of their environment, in my research I have found that blacks have developed a systematic resilience. To find ways to cope with their harsh environment, blacks are now less sensitive to the scarce socioeconomic resources and psychological assets that are available for them. These two reasons are not mutually exclusive, as such adaptation among blacks and other minority groupsmight be due to the structural barriers.

So, what is the solution? Of course, policies that increase access to socioeconomic resources and promote psychological assets among minorities are needed. They are not, however, the only solutions. While promoting education, employment and improving neighborhoods for blacks will directly reduce mortality and promote their health, other initiatives are needed. Social and economic justice is needed. Major attention should be paid to eliminating societal barriers such as racism, discrimination, segregation, unequal pay, etc.

My findings suggest that simply equalizing access to economic resources and psychological assets is not enough. Investments that universally promote access to resources may continue holding blacks and other minorities behind, as they face many additional structural barriers that reduce their ability to benefit from available resources.

Policies that merely increase access to education and employment will not be the solutions to health disparities, simply because education is of lower quality in black communities. Employment of whites and blacks is also qualitatively different. I argue that policies that ignore these structural barriers may fail to close the gap.

Policies should go beyond increasing access to education and employment for blacks. In 2006, black men with a master’s degree earned US$27,000 less than white men with the same credentials. Blacks have 1/12 of the wealth of whites. A recent study showed that the racial earnings gap has returned to 1950 levels. As such, employment and educational initiatives should account for deeply rooted structural inequalities in the life of minorities. Policies that increase resources in schools in African-American communities will improve the quality of education for African-American children.

There is, however, good news here. Income has a similar influence on the health of whites and blacks. That means that policies that help blacks gain the same income that whites are earning are one of the main solutions to eliminate health disparities. The fact that income similarly protects health of whites and blacks emphasizes the importance of reducing racial wage gap via increasing minimum pay. Policies should help blacks to compete with whites to secure high-paying jobs. This is impossible without high-quality education in black communities, and without bringing better jobs to majority black neighborhoods. Only once these systemic issues are addressed can we expect to see substantial changes in persistent health disparities.

Sherwin Assari is Research Investigator of Psychiatry and Public Health at University of Michigan.

health, inequality, racial gap
Previous Post Private Lockups May Prosper Under Trump Due to Predictions of More Deportations
Next PostUrban Farmer Pulls Up Roots to Search for Gardening Stories