Ever thought about quitting the 9-5 and going out in search of fame and fortune?

Most musicians give up the day job well before they have had a number one hit. But in Guatemala, a country that has limited resources to support its upcoming artistic talent, many stars have to juggle a successful music career alongside a full time job. 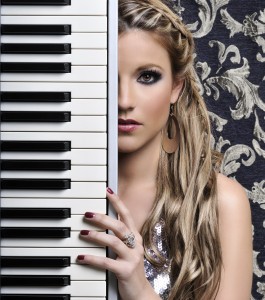 After winning an international singing competition in Mexico, Guatemalan musician Flaminia landed a record deal in Miami. She plays all her own instruments, is a singer, songwriter, producer and… a doctor – something which she admits has not always been easy.

“I did have to stop my music while I was finishing Med School, and then had to put Med School on hold when I was in Miami. But I was able to promote my album last year because of a favourable work schedule, which allowed me to concentrate on music in the afternoons,” confesses Flaminia.

After recording her first album in the U.S., she returned to Guatemala and encountered various challenges: “I didn’t have a huge budget to hire studios and producers to do whatever I wanted, so that set me back a lot – until I was able to do it on my own.”

The singer-come-medic lists Alanis Morisette and Nine Inch Nails among her musical inspirations and says she can’t imagine her life without music:

“It’s what I love doing and it helps me release what I’m feeling. I don’t write songs thinking about commercial success, I write them because I’m going through something, or I like a melody in my head and want to extend it.”

Flaminia, who has had numerous number one hits in her home country, says she has no desire to give up her job as a doctor. Instead, she wants to set up an organisation to aid public hospitals in Guatemala.

Another of Guatemala’s musical sensations, Rodrigo Rosales, chose to work under an alias as opposed to using his own name:

“When I was growing up, people used to dismiss local bands and I thought that if I put my real name out there I would get rejected. So, I used the pseudonym ‘Soapbox,’ admits Rosales.

Regardless of the fact that his first solo single reached the country’s number one spot, Soapbox also funds his music through another career. He works as a furniture designer during the week and spends his spare time writing songs and trying to get the best sound possible out of the limited resources he has.

Having learnt to play the guitar when he was 11-years-old, Soapbox later taught himself to play the drums and piano before building a recording studio in his room and learning all elements of production.

“I used to lock myself away and just focus on my music. I didn’t use to go out much; I just practised in my room and was a bit of a loner… but I guess the loneliness is starting to pay off now,” laughs Soapbox.

Although the digital music industry is ever expanding, it still remains a difficult one to crack in Guatemala. These local stars are doing an impressive job of keeping their dreams alive – alongside the 9-5.