With its striking landscape and picturesque vistas of rolling mountains and erupting volcanoes, it comes as no surprise that Guatemala is a haven for aspiring photographers.

This month, November, the country’s capital has been transformed by the international photography festival Guatephoto, which has converted a number of Guatemala City’s warehouses, cinemas and urban spaces into forums for artists, curators and collectors from all over the world to gather. 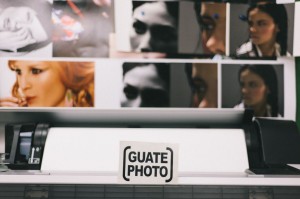 Guatephoto, which is in its second year, is so expansive that it features bicycle tours and guided walks across the city to ensure that crowds see the festival in its entirety. The aim is to unite aspiring photographers from around the globe with professionals in the field to exchange experiences and broaden creative possibilities.

Some of the activities on offer include workshops, speeches, concerts, nocturnal screenings and discussion groups from leading international artists like Dutch photographer Erwin Olaf and the South African, Roger Ballen.

Earlier this year Guatephoto, organized by La Fototeca and RARA magazine, received nearly 1,000 portfolios from aspiring artists from over 70 countries, making it the biggest global photography festival in Latin America. Organizers narrowed the entrants down to 15 candidates whose work is now on display across the festival.

Guatemalan Luigi Coguox is one such artist: the 24-year-old recently left his job as a graphic designer in a national newspaper to focus on photography full time.

“Although funds for artists are very small in Guatemala, the art scene is definitely growing. There’s a lot of mutual support between artists that opens up new opportunities and it’s much easier for people to see our work and for it to reach other markets,” says Coguox.

“Guatephoto has opened an infinite number of doors for me. I’ve met a lot of photographers and influential people in the art world, which is a great honour, and I’ve been chosen to exhibit my work in Madrid.”

As well as helping aspiring artists, the festival also hopes to encourage a new generation of young photographers to pick up a camera through its infant and family-friendly workshops.

One of the event’s organizers, Clara de Tezanos, says that the festival has grown enormously from the last one they held and that this year they are expecting around 30,000 visitors.

“In Guatemala there is a lot of interest in photography and art. The fact that these initiatives [like Guatephoto] exist means that the public has the opportunity to see what is happening in photography around the world.”

“Guatemalans are thirsty for these kinds of national and international discussions that can inspire them to express themselves in their own way. There’s a fresh, new generation coming through who are creative and open to discussing the issues that face our artistic environment.”

Guatephoto will be running throughout Guatemala City until November 25 and organizers are already in talks to make the next one, in 2014, even bigger.