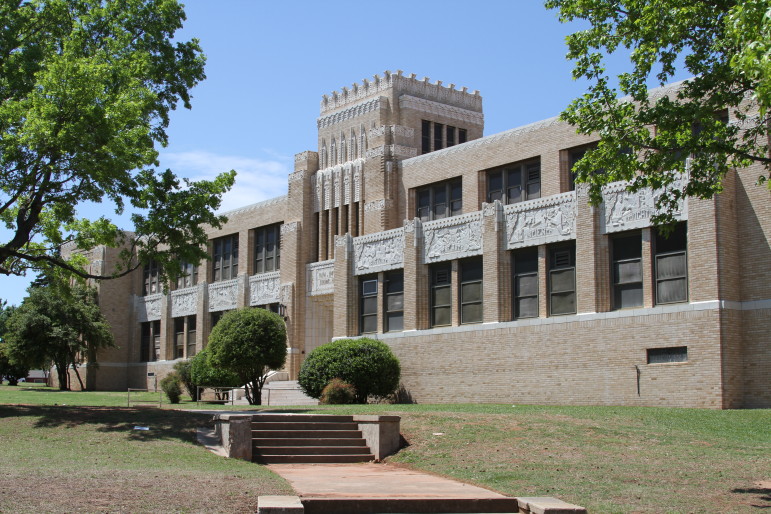 With two months still left in the school year, administrators at Taft Middle School in Oklahoma City have already suspended more than half of their black students.

At Capitol Hill High School, the average length of a suspension is nearly 12 days, or more than two weeks of missed class time. Capitol Hill officials also told several parents that re-enrolling their children was a “waste of time” because of the re-enrollment date.

Northwest Classen High School and Douglas Mid-High School each referred 20 percent of their students to alternative education programs meant for students at risk of failing or getting kicked out of school.

These and other findings are part of an internal audit, obtained by Oklahoma Watch Monday, that was conducted by Oklahoma City Public Schools. The audit was partly in response to a U.S. Department of Education civil rights investigation focusing on complaints of race-based bias in how students are disciplined.

School officials also said Oklahoma City Superintendent Rob Neu, who is in his first year on the job, requested the audit after arriving in Oklahoma because of the improvements it led to in his old school in Washington state.

The audit, which Oklahoma Watch obtained through an Open Records Act request, corroborates what a release of federal data revealed last year: According to the three-year-old data, Oklahoma City’s black students are two to three times more likely to be suspended than their white classmates in middle or high school.

“Our secondary building principals are aware of the findings and there has been productive dialogue on the expectations moving forward,” Neu said in a written statement Monday. “Our school leaders need training on how to be more proactive about solving issues with kids before they escalate into discipline issues; and this district must streamline processes in order to monitor inconsistencies and intervene when necessary; the work begins now.”

The most common reasons for suspension included disruptive behavior, defiance of authority and fighting, according to the district.