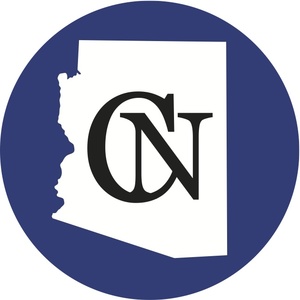 WASHINGTON – Florida growers have started a tomato fight that some fear will turn in to a larger trade tiff between the United States and Mexico – possibly threatening Arizona’s largest foreign market.

The Commerce Department posted notice in Tuesday’s Federal Register that it is considering a proposal from Florida tomato growers calling for an end to a 16-year-old tomato trade agreement with Mexico.

But groups outside Florida worry that dropping the trade agreement could have an impact beyond tomatoes.

“Mexico has been willing in the past and has demonstrated its willingness to retaliate vigorously,” said John McClung, president of the Texas International Produce Association.

“We fully anticipate, and they have made it clear, that if this agreement is listed that they will retaliate,” McClung said. “When they do, it will be much broader than tomatoes.”

Mexican Embassy spokesman Ricardo Alday did not dispute the possibility of a response by his country to what he called one-sided U.S. decision-making not dictated by sound policy.

“Allowing the termination might reopen a bilateral trade dispute that festered for decades between our countries in the late ’80s and ’90s,” Alday said.

For Arizona, that could mean fewer trucks through the port of Nogales and a reduction in business with its No. 1 trading partner – the state currently ships more than $5 billion of goods to Mexico every year.

During winter months, up to 1,200 trucks a day carry produce across the border at Nogales, said Lance Jungmeyer, president of the Fresh Produce Association of the Americas, which represents Mexican growers. About one-third of those trucks on any given day are carrying tomatoes.

In 2011, more than $800 million of Mexican tomatoes passed through Nogales alone, according to the U.S. Department of Agriculture. Florida last year produced $564 million worth of tomatoes out of total U.S. production of $1.29 billion.

Florida and Mexican tomato growers compete for the U.S. market during winter and spring, but Florida has been losing the battle, said McClung and others on a conference call to criticize the trade proposal Tuesday.

Many of the tomatoes grown in Florida are picked green for a longer shelf life, and later treated with ethylene gas to finish the ripening process, said Alejandro Canelos, owner of Apache Produce Imports in Nogales.

Mexican tomatoes are vine-ripened and picked red, said Canelos, who was on the conference call.

Federal law requires that 85 percent of U.S. tomato growers ask for the trade agreement to be terminated, said Bill Reinsch, president of the National Foreign Trade Council. He said the 80 producers who signed petitions urging an end to the agreement does not reach that threshold, but the Commerce posting claimed they actually represent 90 percent of producers.

“Florida is competing unsuccessfully in the tomato market due to a preference for bright-red tomatoes from Mexico,” McClung said.

A reduction in Mexican tomato traffic would mean fewer trucks crossing the border, which would affect several other industries.

Jungmeyer said trucks coming from groceries across the country to get tomatoes at the border are also “coming to complete what we call mixer loads.” Trucks that come to Nogales for tomatoes would likely also take home a mixer load that could include imported eggplant, squash, cucumbers, bell peppers and melon.

While McClung doesn’t agree with the Florida growers, he does understand their desire for “federal protection in order to try to stabilize their industry.”

“They have been struggling for some years and we aren’t unsympathetic to that. They’re part of our industry as well,” he said.

Alday said Mexico is willing to adjust the current trade agreement, but said his country will stand up for itself.
“Mexico is ready to find a mutually satisfactory solution,” Alday said. “At the end of the day, if Mexico’s interests end up being affected we will respond.”