Tejano Monument will assist our self-identity 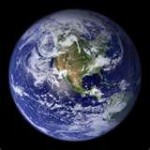 AUSTIN — The Guardian asked its good friend, Dan Arellano, president of the Tejano Genealogy Society of Austin, to give his thoughts on the historic Tejano Monument that was unveiled at the state Capitol.

Arellano is the author of the book “Battle of Medina.” Due to his testimony before the State Board of Education, the Battle of Medina, the biggest and bloodiest battle on Texas soil, is finally being introduced into the curriculum to be taught in Texas schools in the 7th grade.

Here are Arellano’s thoughts on the Tejano Monument:

“The unveiling of our Tejano Monument is a once in a lifetime historical event. Never before has there been a monument that honors our ancestors on the grounds of the state Capitol and after 200 years it’s a moment whose time has come.

“Now when our children and grandchildren visit the capital of Texas they will have something they can identify with and will realize, as author and historian David J Weber stated, we are not ‘Foreigners in Our Native Lands,’ and that we did not come to the United States. The United States came to us.

“First there was the exclusion of Mexican-Americans in Ken Burns Documentary on World War II and then the attempt by the State Board of Education to eradicate as much of our history as it could. If we had allowed that trend to continue we would have had no history at all. The emphasis of the new UT-Austin Tejano Studies will hopefully have a positive impact, but it’s too soon to tell.

“This monument will hopefully unite our community and will be a guide towards self-identity. By the 1800s the community that lived here had forged a regional identity; in those days there were no Hispanics, no Mexican-Americans, no Latinos and no Chicanos, this place was called Tejas and the people called themselves Tejanos and if that that was good enough for them, it’s good enough for me.

“With the book ban in Arizona and other anti-Mexican rhetoric across the country this is not just another statue, it’s a statue with a statement: ‘Aqui Estamos Y no nos Vamos’.”

Arellano and his society will participate in Saturday’s Tejano Parade along Congress Avenue in Austin. He said he was proud to have been asked by Dr. Andres Tijerina, who wrote the script for the bronze statues on the Monument, to confirm the dates on the Battle of Medina and the First Texas Declaration of Independence.

“I am positive about the dates and Dr. Tijerina said, ‘good, because it will be cast in bronze and it will be a part of the Tejano Monument.’ You can imagine I was speechless. What an honor,” Arellano said.

Arellano said he is also proud of the script on the five bronze plaques at the Tejano Monument. Here are his comments:

1. Spanish Tejanos, 1519-1810. This describes Tejanos going back to Alvar Nunez Cabeza de Vaca and how he was lost and traveled through Texas for seven years. The Coronado Expedition occurred in 1540. One of my ancestors was the second in command, Tristan de Luna Y Arellano.

2. Tejanos under the Mexican Flag, 1810-1836.This plaque describes the era from Father Miguel Hidalgo and the Mexican War of Independence and how Tejanos participated in the Battle of Medina, and it says that it was the bloodiest and biggest battle ever fought on Texas soil. This is how I describe it in my book. It also covers Santa Anna and the Alamo.

3. Tejanos in the Republic of Texas, 1836-1848. This describes how difficult it was for Tejanos to maintain their culture, language and traditions amongst a hostile environment and how we still served in the government and the military. In 1845 the United States annexed Texas as its 28th state which resulted in the U.S.-Mexican War of 1846-1848 and the treaty of Guadalupe Hidalgo where Mexico lost almost half of its territory to the U.S.

4. Tejanos and Texas in the U.S., 1848-1920. This describes how Tejanos adjusted to the new government and its laws. It also describes the violence and the injustice that occurred and the loss of their land. In the 1850s it describes how the ranching and vaquero heritage (the first cowboys) was shared with the newly arrived Anglo settlers…