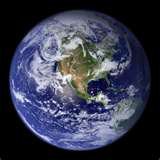 SAN JUAN, TX – The chairman of the Congressional Hispanic Caucus says immigration reform must include a pathway to earned citizenship for the millions of undocumented immigrants that now call the U.S. home.

U.S. Rep. Rubén Hinojosa, D-Mercedes, Texas, made his views known after he and other CHC members visited President Obama on Friday. The White House later announced Obama will unveil his immigration reform plans at an event in Las Vegas, Nevada, on Tuesday.

“The Congressional Hispanic Caucus has been at the forefront of this issue from the beginning and we will continue to lead until the day we can stand next to the President at a ceremony to sign a Comprehensive Immigration Reform bill into law,” Hinojosa said.

“At this meeting (with Obama) and through our nine principles of immigration reform, we have made it crystal clear that any bill that does not include a pathway to earned citizenship will not have our support. In the next few weeks and months, the CHC will remain committed to CIR and dedicate all our efforts to ensure legislation will make it to President Obama’s desk.”

According to news reports, Obama told CHC members at the meeting that CIR would be a “top priority” in his second term.

“The President was pleased to hear from CHC members and noted that they share the same vision, including that any legislation must include a path to earned citizenship,” the White House statement said. “The President further noted that there is no excuse for stalling or delay.”

“We want to make sure that CIR includes legalization and a pathway to citizenship for as many of the 11 million undocumented Americans that contribute to the greatness of our nation,” said LUPE spokesman John Michael-Torres.

“This is central to our struggle. There are already ‘immigration reform’ proposals that would make citizenship next to impossible, and others that would bar immigrants without papers from citizenship for life.”

Torres said LUPE will “redouble” its advocacy work on immigration reform in the coming weeks. He said that on Feb. 22, LUPE members will be traveling to Austin for a march for CIR that includes a pathway to citizenship. “Let’s get ready to make CIR a reality. Si se puede,” Torres said.

Hinojosa said the CHC leadership reiterated its nine principles of immigration reform and reaffirmed its commitment to leading the charge to work for solutions that serve the interests of all Americans.

“The President reiterated his commitment to passing comprehensive immigration reform and shared that this is his top legislative priority. In our meeting it was evident we share a common vision and principles. We discussed how we can collectively work to get the bill through Congress in a bipartisan manner,” the CHC said.

Lujan, first vice chair of the CHC, said he appreciated Obama meeting to discuss the “shared goal” of passing comprehensive immigration reform that encompasses the principals we have endorsed. Lujan said: “Comprehensive reform that is fair, tough, and practical will strengthen our economy, keep our country safe, and reflect the contributions immigrants make to our communities every day.”

Lujan said there is a growing coalition – from the high tech sector to law enforcement, from the agricultural sector to the faith community – that is calling for action. “Americans are coming together on this issue and it is time for Congress to come together to act. President Obama has made it clear that comprehensive immigration reform is a top priority, and I look forward to working with him to make this goal a reality.”

Sanchez is second vice chair of the CHC. “Today’s meeting is a very positive step as we work towards achieving comprehensive immigration reform,” Sanchez said. “I applaud President Obama for making immigration reform a top priority in his second term, and I am pleased that he is making the Congressional Hispanic Caucus an integral part in finding common sense solutions to our broken immigration system.”

Sanchez said Congress can no longer…