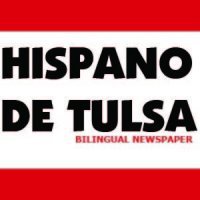 Perhaps in the eyes of the world, xenophobic city is the appropriate term for Tulsa. Far, far behind is the title of “oil capital of the world,” and in danger is the absurd banner as the heart of the nation’s Bible belt.

Unfortunately, the events of April 6 – on Good Friday, to make matters worse – during which three African Americans were killed and two were wounded by gunfire, further opened the wound that has been bleeding since 1921, when Tulsa made it into contemporary American history books after a violent and bloody race riot.

It is not about acting like the victim of racism and screaming, “here comes the wolf!” No, that is immoral and counterproductive. There are countless cases of alleged racism that end up being lousy customer service or one simply encountering a brute who because of evolution, walks and talks but lacks cultural sensitivity. That is stupidity, but not ethnic discrimination.

But in the recent case of murder and attempted murder against African Americans, the situation is very different.