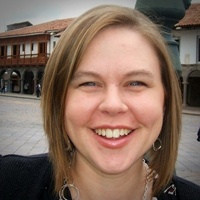 COCHABAMBA, BOLIVIA — One arm balanced my chubby baby on my hip. The other flagged down a taxi. I crawled in and adjusted my cooing bundle on my lap. The taxi driver started in with the usual round of questions that most Bolivians have for this blue-eyed lady. My answers satisfied his curiosity. Then he veered the conversation into the expression of an opinion that left me speechless.

“So your son was born in Bolivia. That makes him a Bolivian,” he said; so far nothing new to hear.

“So he is improving the Bolivian race with his white skin,” he made a goo-goo face through the rear view mirror at my son then nodded and smiled approvingly.

What was I to say? My jaw dropped and my head wagged in disbelief.

Since that encounter a few years ago, I have been keenly aware of pre-conceived ideas associated with race in this nation. A while back Miss Bolivia, in her short acceptance speech as winner of the tiara, made a comment that all civilized Bolivians are tall, light skinned and speak English.

Many derogatory terms are slurred in reference to the people of darker skin; one such term has even been officially banned by government officials. Just this year a friend discovered that her maid’s sister wanted to give up her baby for adoption when it was born. The Bolivian woman asked me to help find a family for this baby. She was quick to inform me that the pregnant lady was of Afro-Bolivian descent so the baby would be very dark.

The common belief here is that Bolivia is a land of diversity. When I first heard that Bolivians pride themselves on the diversity of their people and their land I didn’t believe it. The food had all the same type of flavor to me.

As we began to travel around the country I could see the variances yet they were not as drastic as the people boasted. My eyes saw the people as pretty much the same. This national pride also carries an undercurrent of prejudice and disdain. To my foreign sensibility this seemed absurd.

The author’s husband and son.

While visiting a remote village I met some new people. They introduced me to their family members. When we came to the weathered grandmother she covered her face with her apron and let out a scared little yelp.

I asked my new friends what I had done to elicit this response. They explained that the elderly lady thought that my blue eyes were evil. This was the first time she had seen anyone with “clear eyes” as they call them here.

One of the people in the same group was a young boy. He also became afraid, cried and ran to hide after he looked in my face. The mother apologized explaining that the boy had never seen a white person before.

As a Caucasian woman married to an African-American man living in a small Latin American country race is a frequent topic. Some are brazen and forward with questions and comments. Others are timid and try to find a tactful way to broach the subject.

When people have asked our children about their race they explain, “My papa has brown skin. My mama has pink skin. And I have skin-colored skin.”

Identifying with our heritage, no matter how diverse is an important practice. I do believe, however, that it should not be at the expense of belittlement of others. Nor do I feel that we should have an unhealthy adoration of other races.

Pride in ones bloodline can carry with it the humble mind to value all races as important, significant and beautiful. Whatever our race may be may we all be aware that we are all part of the human race.

Anastasio Hernández; A year without justice
Comment
The sad, mysterious and predictable murder of Evelia Valencia