LatinaLista — The perception that there are a lot of Latino children running and skipping on playgrounds across the country is no mirage. According to the Pew Hispanic Center, the number of Latino students in the nation’s public schools nearly doubled from 1990 to 2006. 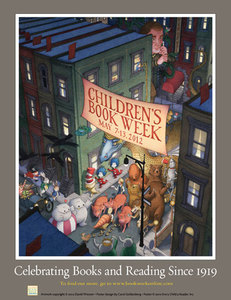 Currently, according to Childstats.gov, Latino children (0-17) account for 24 percent of the child population; non-Hispanic whites are at 54 percent and Blacks stand at 15 percent, with Asians trailing at 5 percent.

The U.S. Census Bureau projects that the Latino school-age population will increase by 166 percent by 2050. That means that in 2050, there will be more school-age Latino children than school-age non-Hispanic white children. In a few large cities across the country, that have sizable Latino populations, Latino children already are the majority in the public schools.

Yet, why haven’t these facts resonated with the one industry that is supposed to know children the best but has done the worst job of reflecting today’s playground reality — mainstream children’s book publishers?

There may be a simple reason: About 75 percent of children’s book buyers are white.

Since most people tend to stay within their own comfort zones, it makes sense that these buyers would look for books that appeal to their childhood memories and experiences, but this is only half of the story.

According to Suzanne Morgan Williams in an article titled “Supporting Diversity” published in the March/April Bulletin of the Society for Children’s Book Writers and Illustrators, “more than 90 percent of children’s/YA books published in the US in 2010 were by white authors and illustrators and about white protagonists.”

Editorial Directo of Tu Books, an imprint of Lee & Low, Stacy Whitman, supplies statistics that show the breakdown of author ethnicities as the following:

The imbalance is troubling and one has to wonder why it doesn’t trouble the children’s book publishing industry. Again, the reason is simple: This time, it’s economics.

The majority of kids lining up at cash registers in book stores or parents buying online are white. It makes good business sense to publish books that reflect the lives of the majority of your buyers but who is to say that in this multi-cultural nation that children wouldn’t want to read about children who look like their classmates or neighbors?

On the flip side, at a time when the nation is actively encouraging schools and communities to raise their literacy rates among children considered at-risk, it’s common sense that these same children would have more enthusiasm to read if they saw more of their experiences reflected in the books on their school and library shelves.

Getting these children excited about reading, when the window of opportunity is so small for a lot of them, means they should be reading books with characters that either look like them, live like them, eat the same foods, practice the same customs, etc.

It’s a concern that is growing among some children’s book publisher professionals. So much so, that a special committee was formed last fall, under the auspices of the Children’s Book Council, called the CBC Diversity Committee.

…dedicated to increasing the diversity of voices and experiences contributing to children’s literature. To create this change, the Committee strives to build awareness that the nature of our society must be represented within the children’s publishing industry.

We endeavor to encourage diversity of race, gender, geographical origin, sexual orientation, and class among both the creators of and the topics addressed by children’s literature. We strive for a more diverse range of employees working within the industry, of authors and illustrators creating inspiring content, and of characters depicted in children’s literature.

This week, nationally known as Children’s Book Week, is a perfect opportunity for children to not only celebrate books and literacy but learn that every child’s story equally deserves to be opened, shared — and read.

Popular Street Drug Cuts Across Class Lines, Demands Social Strategies in Argentina
8 Comments
One GOP politician bucks his party to do what is right for women's health