LatinaLista — It’s an old story. Report after report always shows that Latino immigrants make themselves “sick” assimilating into U.S. society by adopting fastfood habits, workaholic lifestyles, etc. Now comes news that there are some Latino immigrants who are literally losing themselves in their quest to be all-American. 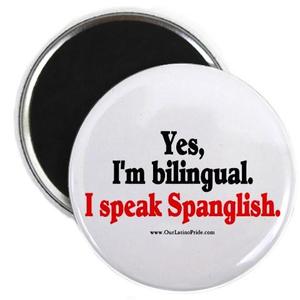 Recent research by Amon Emeka and Jody Agius Vallejo, assistant professors of sociology in USC Dornsife, found that some Latinos are choosing not to identify themselves as Latinos on U.S. Census surveys.

As Emeka and Agius Vallejo demonstrate, of approximately 44.1 million U.S. residents who declared Hispanic or Latin American ancestry in the survey that year, 2.5 million — or 6 percent — did not check the Hispanic box and thus do not ethnically identify as Spanish/Hispanic/Latino.

While some would cheer that small display of assimilation, it’s bad news for researchers and the Latino community as a whole. Because these 2.5 million want to be seen as wholly American versus Latino, researchers can’t accurately assess progress, accomplishments, challenges — and most importantly, population growth.

Though it’s important that everyone know and feel they are American, it’s equally important to acknowledge each of our distinct heritages. Not so it can divide us among ourselves but so it can help us — from determining how medicines affect us differently to which diseases we are more susceptible to even how to address different learning styles and gauging political influence.

Whether we like to admit it or not, our differences, which make us unique, also set us up for unique outcomes and challenges not shared by Anglos, Blacks, Asians or Native Americans. By not acknowledging who we are, besides being Americans, we do ourselves a disservice.

The researchers found that of all Latinos who are more prone to reject the Latino label, it’s U.S.-born Latinos, those with mixed ancestries, those who don’t speak Spanish and those who identify more with being Black or Asian.