Latina Lista: News from the Latinx perspective > Culture > New study shows Latinas wait longer to find out if they have breast cancer after getting abnormal mammogram

LatinaLista — One of the most frightening messages any woman can receive is being told that she had an abnormal mammogram. Most women immediately follow instructions for follow-up examination and proceed with treatment, if it’s needed. Most women, just not most Latinas. 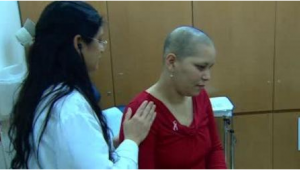 The study pointed out that while Latinas have lower incidences of breast cancer than white or African American women, breast cancer is the leading cause of cancer death for Latinas. Mainly for one reason: Latinas are less likely to get mammograms.

When they do, it’s usually at such a late stage of the disease that survivor’s rates are lower. And so we return to the question, why the wait?

The study says that the Latinas prone to waiting are low-income and those who find the health care system too overwhelming.

The report’s authors say that the women who leave eventually return but by that time it’s too late in many cases.

While the report is meant to show the disparity between Latinas and others in their breast care treatment, it’s clear that Latinas don’t put themselves or their health first or for those who are Spanish-dominant don’t understand the severity of the disease if not treated early.

If there are two messages to be gleaned from this study, it’s that Latinas must learn to value themselves more and the healthcare industry can do a lot more to ensure Latinas get the message.