Latina Lista: News from the Latinx perspective > Latino Politics > No matter how the crystal ball is turned — it doesn’t look good for Republicans in 2012 among Latino and youth voters

LatinaLista — As we get closer to 2012, everyone from pundits to polling organizations are trying to predict this country’s political future for the next year. Two such organizations, Democracy Corps and Greenberg Quinlan Rosner, feel they have a pretty good handle on the future thanks to their database of 120,000 interviews — 10,000 just from this year — of likely American voters. 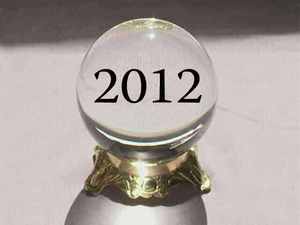 Culling their database, the organizations have jointly released their findings of what awaits politicians.

Here are a few of their findings:

Youth pull back from both parties. Young voters hold back from both parties and are increasingly identifying as independents. Democratic identification among young people has dropped, but Republicans have not improved their standing with these voters. On our thermometer scale, we have seen a complete collapse for the Republican Party among youth since 2010.