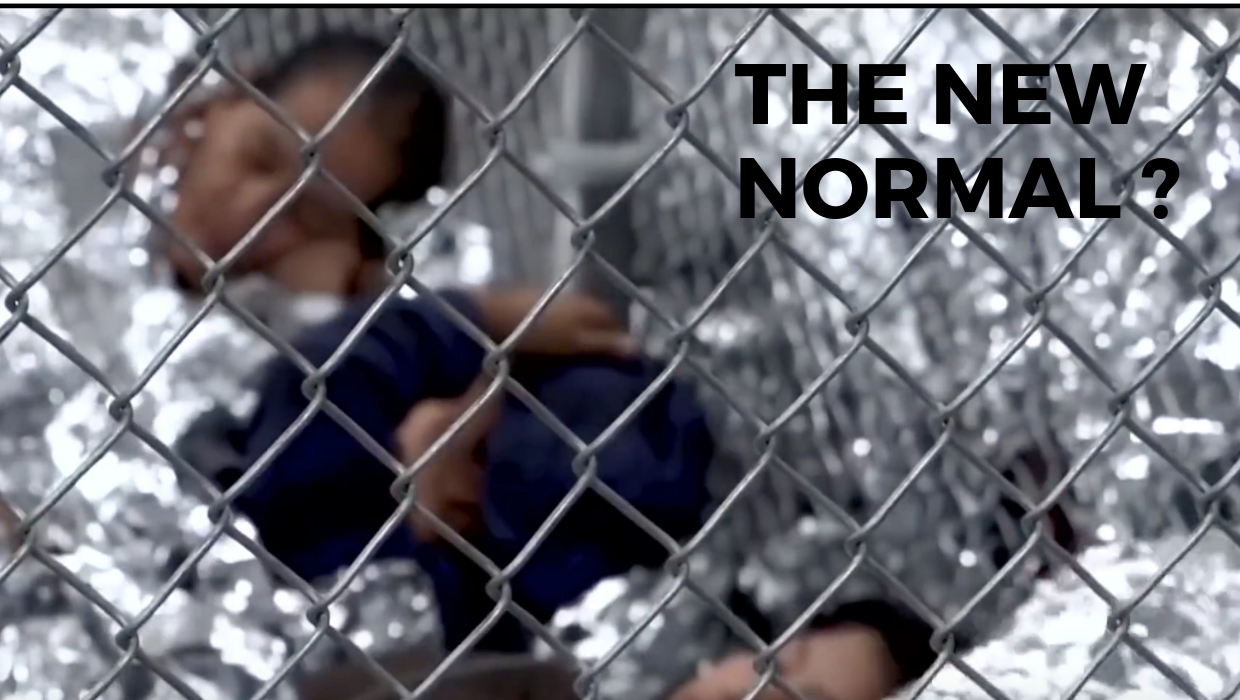 Since Donald Trump was elected president, there’s a general consensus that a ‘new normal’ exists in our country. It’s not a flattering description. It usually refers to the ongoing gaslighting tactics used by the Trump administration and his political allies.

However, the biggest fear for this ‘new normal’ is that people are surrendering their own moral compasses and blindly accepting this style of politics from unethical politicians. Well, a newly released Pew report shows there is hope — kinda.

According to Pew researchers, the 2018 midterm voter turnout was the highest it’s been in 40 years.

The good news is:

With so many positive discoveries, what could possibly be bad? This headline: “Among Latinos and Asians, the voter turnout rate in 2018 for naturalized citizens was higher than among the U.S. born.”

Most everyone growing up as a second, third or fourth generation in an immigrant family has been subjected to lectures about how our forefathers “came to this country with nada,” “understood the value of hard work,” “appreciated the opportunities this country gave them,” and “never took their freedom for granted.”

Hand-in-hand with those lectures was the importance of voting. Yet, as the generations assimilated, forgot the mother tongue, and embraced reality tv shows, the simple appreciation of what it means to cast a vote has disappeared.

It’s not unusual to hear from native born Latinos the same tired excuses for not voting — “I didn’t have time,” “I didn’t know where to go,” “I couldn’t find anyone to watch the kids,” “I was working,” “I didn’t have anyone to take me,” or “I was cooking, taking the kids to sports practices…” — you get the idea.

Over time, we’ve learned to ‘normalize’ these excuses as valid reasons for not going to the polls. We may register but when it comes to actually voting, we come in dead last among all groups.

And from all accounts, the Latino population is still growing. States across the country are anticipating the day in the not too distant future when Latinos become the majority population in their towns.

But larger numbers won’t change anything at the polls. In fact, it may only get worse if the trends analyzed by Pew Research in 2017 hold steady:

After increasing for at least four decades, the share of the Hispanic population that is foreign born began declining after 2000. Among all Hispanics, the share that was born in another country was 34.4% in 2015, down from a peak of about 40% earlier in the 2000s. The share of adult Hispanics who are foreign born began declining a bit later – 47.9% of Hispanic adults were born in another country in 2015, down from a peak of 55.0% in 2007.

If this is happening, what will become of Latino voter turnout? Will the ‘Sleeping Giant’ among U.S. voters fade into myth?

Have we already surrendered to the ‘new normal’?

immigrants, Latino voters, native born, polls, voter turnout
Previous Post Nearly 50 years of Earth Day and at the doorstep of the climate decade: A vision for engagement with U.S. Latinos around climate change
Next PostBorder policy, practices and migrant mistreatment brings one blogger out of retirement

Nearly 50 years of Earth Day and at the doorstep of the climate decade: A vision for engagement with U.S. Latinos around climate change
Comment
Border policy, practices and migrant mistreatment brings one blogger out of retirement