LatinaLista — This week, the 2011 National Assessment of Educational Progress’s (NAEP) Nation’s Report Card was released for math and reading. 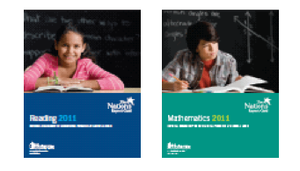 This year’s study of fourth and eighth graders’ math and reading scores didn’t reveal a whole lot, other than the nation can take comfort in knowing that overall our children aren’t doing any worse or much better than how they did in 2009.

Good news for Latino students who did better in both reading and mathematics than the last time they were tested in 2009.

While these findings are encouraging, it was another discovery that the NAEP uncovered that serves more as a troubling sign of our country’s direction.

(There was) an increase in the percentage of grade 4 students coming from lower-income families, as measured by eligibility for free or reduced-price school lunches under the National School Lunch Program. Since 2003, the eligible percentage has grown from 40 to 49 percent. For grade 8, the changes are similar.

With almost 50 percent of the children in schools coming from low-income families — and it’s quite safe to assume, unfortunately, that the majority of low-income are Latino and other children of color — it shines a different light on the progress or stagnation of these students in school.

Coming from a low-income background automatically puts these children at-risk for under-performing in school unless the school district invests in technology, programs, experienced teachers and the campuses themselves to deliver a learning environment that doesn’t just see that these students succeed in school — but excel.

This year’s findings of the Nation’s Report Card show that these children can learn, can make progress but it’s limited given their situations. We can only imagine how much farther they can go when the playing field evens out