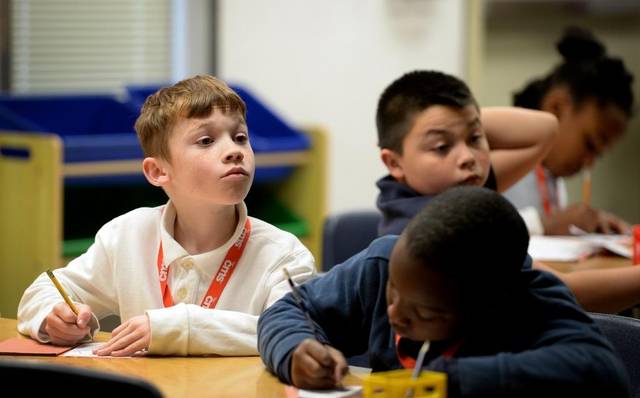 LatinaLista — While the country, as a whole, likes to believe that we’ve achieved the utopian vision of equality, the sad truth is that inequality persists in all sectors of society. The extent of that inequality is more than evident in the latest research brief published by the Civil Rights Project, BROWN AT 62:SCHOOL SEGREGATION BY RACE, POVERTY AND STATE.

In the brief, researchers found that the American public education system grew from 41.2 million students in 1990 to 49.9 million students in 2013. During that time, the schools began to reflect a significant demographic shift happening in the country. The number of Latino students, which stood at 11 percent in 1990 in public schools, were at 25 percent in 2013. While Black student enrollment remained steady at 15 percent and Asian students saw a modest increase from 3-5 percent, it was the exodus of white students from 69 percent in 1990 to 50 percent in 2013 that signals a troubling alarm.

However, that’s the least of the disappointing trends.

The researchers discovered that for the first time in 20 years, after studying federal data on free lunch eligibility, the proportion of poor students attending public schools has soared. Now, Latino and Black students at predominantly minority-attending schools, are more than likely to have a majority of classmates who fit the low-income label. In other words, these students are hit with double segregation.

Twenty years ago, that wasn’t the case.

The brief points out that many times the low-income students and minority students are one-in-the-same, with many minority families still not fully recovering from the economic crisis of the late 2000s. Yet, being both low-income and a minority in public school systems that are seeing budgetary slashes or unequal funding is not a recipe for a future generation’s education or economic success.

In fact, it is only widening the achievement gap between students-of-color and low-income with their white and middle-class peers.

The brief identifies states that are segregating Latino students the most in the 2013-2014 school year. The following statistics are for those top ten states where “Percentage of Latino students are in 90-100% non-white schools”:

Researchers plan to release a much broader study of school segregation in September 2016.