Spotlight Nonprofit: Bringing scientists and low-income students together to create a new future

LatinaLista — The founders of the Harlem Children’s Society (HCS) describe their effort as an experiment in the “relationship between science and society.” Yet, what this unique organization is achieving is opening doors — and minds — to the future for hundreds of low-income children. 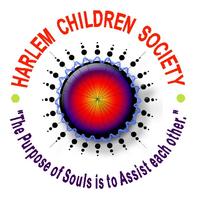 Founded in 2000 by Dr. Satyajit (Sat) Bhattacharya in his laboratory at Memorial Sloan Kettering Cancer Center while mentoring three high school students, the Harlem Children’s Society has grown to serve over 1000 students.

The program selects “the best, brightest and most motivated” high school students from under-resourced and under-served communities. The students are then paired with nationally and internationally acclaimed scientists, doctors and engineers in leading institutions and organizations of higher learning.

During the 8-12-week summer program, the students receive hands-on training for careers in the sciences, technology, engineering and mathematics, otherwise known as STEM careers. Each student accepted in the program receives a stipend.

The students are encouraged to participate in becoming our future scientists, doctors and engineers, furthering dialogue with our communities, contributing to society and be a part of a responsible Citizenry.

Without exception, all students either have completed higher education or are still enrolled in major institutions, with over 20 percent in Ivy League institutions. Over 80 percent of the students have remained in the sciences.

The HCS 2011 Induction Ceremony will induct over 250 under-resourced & under-served students (96% of minority backgrounds: 40% of whom are African American, 26% Hispanic, and 9% Native American; and ~60% Young women) from over 75 schools from all NYC Burroughs (Manhattan, Bronx, Brooklyn, Queens, Staten Island) and Long Island gathered in NYC and sister sites across the country and globally.

An overwhelming proportion (90%) of students come from families receiving public assistance. A high proportion of students in the NYC program also happen to be first generation.

Over 250 students from over 75 schools will be initiated in the program who will perform research with over 1000 mentors – all seasoned scientists, engineers and doctors in over 150 institutions throughout the summer and year-around after-school program.

The benefits of such a program are obvious — the hands-on learning experience, the early exposure to fields for students who show an interest and talent for them, the opportunity to meet accomplished professionals and the readiness skills for college that are acquired from participation in the program.

It’s a benefit to society too to have a program that actively scouts and mentors promising youth who are “hidden” from opportunities due to their economic status.

The Harlem Children Society is directed to encourage entrepreneurship. The goal is not materialistic, but rather to inspire the Hearts and Minds of people – Who Hope and Desire to improve their skills and knowledge, to better their own economies, to understand each other, and to increase an awareness, and thus implement a social change for a Better Tomorrow.