LatinaLista — Out of the 14,000 school districts across the nation, less than 2 percent have a Latino or Latina superintendent. A new professional development program hopes to change those statistics. 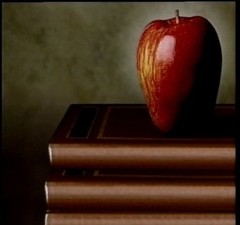 The Association of Latino Administrators and Superintendents (ALAS) is launching the ALAS Superintendents Leadership Academy. The year-long program hopes to train educators to become superintendents of Hispanic-serving school districts in the United States.

The ALAS Superintendents Leadership Academy is the first of its kind to focus on the research pertaining to English Language Learners (ELL) as well as adoption of teaching practices and policy initiatives designed to meet the diverse needs of students. It is not unusual for school districts to have high numbers of Spanish speakers as well as students from many language backgrounds other than English as their home language.

“We are looking for people who have already demonstrated leadership,” Dr. Agustin Orci, ALAS executive director, told Latina Lista via phone from his office in Las Vegas, Nevada. “We are trying to find key people in education. We have set high standards.”

Dr. Orci said that while sensitivity to the Latino culture and knowledge about Latino issues are essential qualifications, speaking Spanish isn’t included among them.

“A lot of people who are in ALAS are not necessarily Hispanic,” Dr. Orci said. “With the growth of the Hispanic population in states you wouldn’t normally associate with Hispanics, we don’t want to exclude anyone. We want them all to learn about English Language Learners (ELL).”

Since the final candidates will be from all across the country, the group will meet seven times in various cities. In between meetings, each will receive mentoring. The final meeting will have the participants meet with search consultants for possible job opportunities.

Several organizations have signed on as co-founders of the academy: the Pearson Foundation, the global education company Promethean and ACT, Inc.

Of the nearly 1.6 million ACT test-takers among high school graduates nationwide in 2010, more than 158,000 were Hispanic. This represented an 84 percent increase in the number of ACT-tested Hispanic high school graduates since 2006. Eleven percent of the Hispanic ACT test-takers in 2010 met all four of the ACT College Readiness Benchmarks (versus 10 percent in 2009). Among all 2010 ACT test-takers, 24-percent of students met all four benchmarks, which are linked to success in specific first-year college courses.

“By 2020, more than one in five children under the age of 18 will be of Hispanic origin, and the needs of this population must be addressed,” Jim Morris, ACT director for client outreach and state partnerships, said.