Latina Lista: News from the Latinx perspective > Life Issues > Children > U.S.A.: Latino community has no shortage of strong role models so where are the mentors?

U.S.A.: Latino community has no shortage of strong role models so where are the mentors? 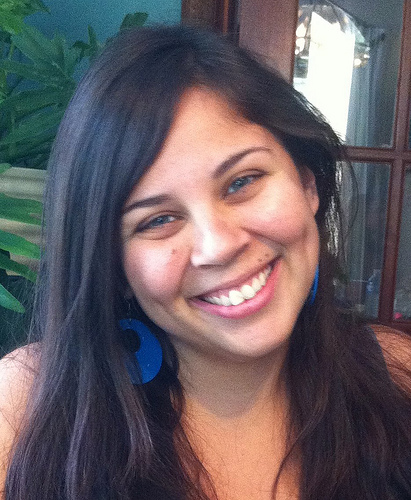 USA — Who mentored you? Who was the one always encouraging you and when you felt frustrated, still challenged you to go farther than you ever thought you could go?

Who inspired you through their strength and determination in spite of adversity and made you realize that one day you were going to be able to climb over your obstacles too?

There are probably a couple of people who come to mind. As Latinos, we have no shortage of strong role models to look up to in our families and within our community.

Perhaps it was abuela who sacrificed everything for the family to immigrate a los Estados Unidos by herself and then worked several jobs until she had enough money to bring everyone else over for the sake of lives with more opportunities.

Maybe it has even been someone you never knew as personally, such as Supreme Court Justice Sonia Sotomayor or the courageous undocumented students who are often staging demonstrations on behalf of their rights to stay in the United States.

With so many incredible role models in our community, why are so many of our children still falling behind?

Perhaps the question we need to be asking instead is how many of these positive figures are truly connected back to the most vulnerable ones of nuestra comunidad?

It’s time to be honest and look at the reality that too many of our Latino youth are struggling to get ahead. According to the National Council of La Raza (NCLR), the largest national Latino civil rights and advocacy organization in the U.S., Latino students are the least likely to finish high school.

Recent reports show that 47 percent on average do not receive a high school diploma. The NCLR also reports that for many Latino students who do complete high school, many will still finish with below-level skills in both Language Arts and Math. 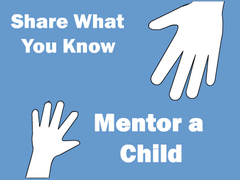 Often times, these academic struggles can perpetuate due to language barriers or lack of access to resources that would offer many of these students academic support, such as quality tutoring.

Not only are our youth up against many obstacles in the academic world, but they are facing an immense amount of pressure socially. Anyone who survived being a teenager remembers the need to belong and to have their crew or their “clique.”

The pressure seems to have increased over the years because the number of Latino youth involved in a gang continues to rise. The Office of Juvenile Justice and Delinquency Prevention’s shows Latinos as the demographic in the US with the highest number of youth currently involved with a gang.

How come there are not more of us out there intentionally mentoring our youth?

Mentoring is one of the most effective forms to both help prevent an at-risk child for becoming involved in negative behaviors and also to intervene in the life of a child whom has already become engaged in destructive behaviors.

Furthermore, mentoring can be even more impactful when the child is being mentored by someone from the same culture. It cannot be stressed enough that minority children need to understand where they come from.

When a Hispanic child can understand their culture, their roots and the history of where their families came from, this creates a higher chance of them developing a stronger confidence and self-image.

If children understand who they are, then there is a lesser chance others can give them a negative image of themselves and lead them into destructive choices for their lives.

It is true that anyone can teach good character and values, but isn’t it better when the child can learn that from someone who looks like them, speaks like them, and can see the world from a similar perspective? Therefore, shouldn’t more of us be out there, investing in the most vulnerable Latino youth of our community?

Though many of us have been privileged enough to be here in the US with our immediate and extended family members to watch out for one another, that is not the case for every Latino.

Thousands of courageous single women are here in the US raising their children on their own. There is a place for those of us in the community to get in the midst of this struggle and stand with our gente who are not able to be here with all their family.

There is a call for many of us to be mentors, to become connected to youth like a tio or tia or abuela should be, but sometimes that is not always possible for every family.

While many are still back struggling in the motherland, let us not be timid in stepping up to create a stronger sense of familia within our community in the US and make sure everyone is able to get ahead, not just ourselves.

Latina Lista contributor Lauren Maxwell was born in Miami, Florida where she grew up in a bicultural household. Nowadays, she is based in Tampa, Florida and is a committed mentor, activist and social worker on behalf of the Latino community.