Now that Wells Fargo, the nation’s largest home mortgage lender, has agreed it will no longer finance mortgages through independent brokers, things may be looking up for Hispanic homebuyers. 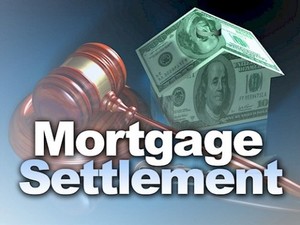 The settlement offers compensation for borrowers who were steered into subprime mortgages or who paid higher fees and rates than white borrowers because of their race or national origin, DOJ said. Settlement details have yet to be established.

“Wells Fargo will also provide $50 million in direct down payment assistance to borrowers in communities around the country where the department identified large numbers of discrimination victims and who were hard-hit by the housing crisis,” a release by the Justice Department stated.

A DOJ spokesperson told Hispanic Link News Service that from 2004 to 2009, nearly half of the 30,000 borrowers who were charged higher fees were Hispanic. The agreement reached July 12 confirms that some 4,000 qualified Hispanics and blacks were steered into costly subprime mortgages while their white counterparts were given safer loans.

With the settlement, victims of subprime loans will receive an average of approximately $15,000, a DOJ official said.

Those who were charged higher fees are expected to receive an average settlement of approximately $2,000.

“Most Hispanics are relatively inexperienced in the home-buying process,” said Acosta, co-founder of NAHREP, a non-profit trade association based in San Diego. He mentioned that for four out of five Hispanic homebuyers, such a purchase is a new experience and many aren’t educated in financial literacy, leaving the door open to predatory lending.

Court documents show that Wells Fargo’s discriminatory practices occurred in 82 geographic markets across at least 36 states and the District of Columbia.

Now that Wells Fargo has agreed to stop financing such loans and, noting that it quit making subprime loans in 2008, Acosta says Hispanics will likely lift the housing market from its current dismal economic performance.

A March 2012 NAHREP report, “State of Hispanic Homeownership,” predicted that Hispanics are expected to account for 40% of the estimated 12 million net “new households,” with people of color comprising 70 % of total growth in the next decade.

“Without this population surge, the economic development of key regions in the U.S. would have been stunted,” the report said. “We want to let the public know of the Hispanic home-buying power,” Alejandro Becerra, NAHREP research director, told Hispanic Link.

In response to the settlement, Wells Fargo Home Mortgage president Mike Heid said the bank would be “settling this matter because we believe it is in the best interest of our team members, customers, communities and investors to avoid a long and costly legal fight and to instead devote our resources to continuing to contribute to the country’s housing recovery.”

Alfredo Padilla, another Wells Fargo spokesman, told Hispanic Link that the bank would no longer fund mortgages that are originated, priced and sold by independent mortgage brokers through its mortgage wholesale channel.

“Mortgages sold by independent brokers in this manner currently represent 5% of the company’s home mortgage-funded volume. Mortgage brokers operate as independent businesses and are not employed by Wells Fargo,” he said.