LatinaLista — The U.S. Census tallied up the numbers and found that there was an 80 percent increase in the number of Latinos who had a bachelor’s or higher education degree over the ten-year period from 2001-2011.

That’s great news and shows more Latinos are understanding how an education beyond high school translates into better salaries. With news like that, how could there be anything bad about it? 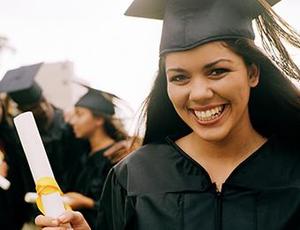 Well, while progress is stellar, the truth is that among all students, Latinos come in last holding college degrees.

Fifty percent of Asians 25 years and over reported having a bachelor’s degree or more in 2011. This level of education was reported by 34 percent of non-Hispanic whites, 20 percent of blacks and 14 percent of Hispanics.

It’s not that Latinos don’t want to get their degrees. Data shows that Latino students are enrolling in college at greater rates than their peers:

The problem is Latino students aren’t finishing. No one reason accounts for the dropping out of college. Rather, it’s a host of reasons: financial, family responsibilities, work, not fully prepared academically to tackle college coursework, loss of interest, etc.

Even with the ganas to complete their college degrees, too many working Latino adults find that going to college adds one more stress in their already stressful lives. For Latinos who live on the West Coast, a new university has been created just for them.

Called Ameritas College, the private college does what other colleges geared to adult students do — hold classes at convenient times and have teachers and administrators on hand that understand the demands of students juggling family responsibilities with work and school — but the college offers a unique twist too — it’s specifically created for Latino working adults.

What that means, there is a big cultural component present on campus with bilingual counselors and some classes available in Spanish. The college also builds in remediation time in all the classes, with extra help if needed, it allows students to take classes in their major sooner, rather than wait till their basics are out of the way and it requires that all students take classes learning how to be successful.

It also offers another program not often offered:

Ameritas College is part of Brandman University in California where Bachelor’s degrees in Business Administration, Criminal Justice, and Psychology, as well as an Associate degree in General Education are awarded to graduates. Compared to public colleges, the price isn’t cheap.

But with college graduates still earning more in the workforce than people who only have their high school degrees, the cost of any college education is well worth the time, energy and money because it’s the one sure route to the American Dream — however it’s defined these days.