Chinese startups crack the US

Indiegogo is set to reveal a program to help Chinese hardware startups launch in the US. The pilot program – the first of its kind for the crowdfunding site – will see 10 to 15 Chinese teams selected, explains Indiegogo’s Ben Bateman toTech in Asia.

“The goal of this program is to meet the unique challenges of Chinese companies launching into the US market,” says Joanna Wei, Indiegogo’s “China evangelist” in Beijing.

The final list of Chinese gadget startups accepted into the program will likely be revealed during the course of CES 2016, which is on January 6 to 9 in Las Vegas. The first batch will be teams preparing to launch during the first three months of the new year. The second phase will focus on products coming out during Q2. “The pilot will focus on a small number of companies to begin with, but we hope to expand the program later in 2016,” Joanna explains.

Indiegogo will be aiding the young teams with “increased level of support to help coordinate these launches,” she adds, including things like campaign design, marketing tips, and ad buying. While some of the assistance comes for free, other aspects will require a fee and be performed either by Indiegogo itself or third-party firms that the site connects the startups to. Indiegogo hasn’t yet finalized what will be free or paid within the China pilot program, Ben says.

“We’ve seen an increase in the number of Chinese companies using Indiegogo to launch to the US market, and we think that by better supporting these launches both sides will be able to benefit,” says Ben, who’s the director of design and technology categories at Indiegogo. He’s usually based in San Francisco but is now traveling China as the first phase of the program nears its launch.

Chinese startups such as Ghost Drone, TheOne smart piano, and the Crazybabylevitating wireless speaker have this year used Indiegogo to reach a global audience. The site is battling Kickstarter, which saw some big crowdfunding successes for Chinese startups in 2015, such as the Remix Mini Android PC.

Not all Chinese hardware startups go global, with many settling for the sizeable home audience, instead using sites like Demohour or ecommerce titan JD, which has a crowdfunding platform. Indeed, the team behind the Ghost Drone, Ehang, raised US$55,800 within China before blasting to US$850,000 on Indiegogo.

Ben sees that Chinese startups often struggle with “marketing products effectively, navigating an unfamiliar ecosystem of partners, managing customers and orders, [and] product-market fit” when they come to the US, though he acknowledges that American hardware startups also face similar challenges.

To show that the selected Chinese startups are serious about their expansion, Indiegogo is asking them to commit US$50,000 to a marketing budget and to either recruit some US staff or contract with a US-based agency. 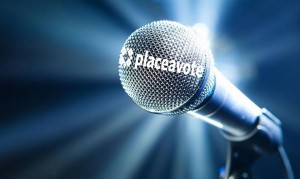