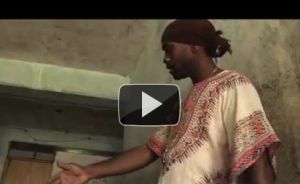 At one time, Coco Solo was a busy naval base in Panamá. Its claim to fame is that it was the birthplace of John McCain, who was born there in 1936. However these days, Coco Solo is a far cry from the glory of its naval past. Today, the rundown base, that has no running water or sanitation service, is home to the poorest of Panamá.

The men, women and children who live in Coco Solo are described as the ones in Panamanian society who have given up on life because they feel they have been forgotten. Yet, a short documentary about the plight of the Coco Solo people makes sure they’re not forgotten and, in fact, that the world knows about them.